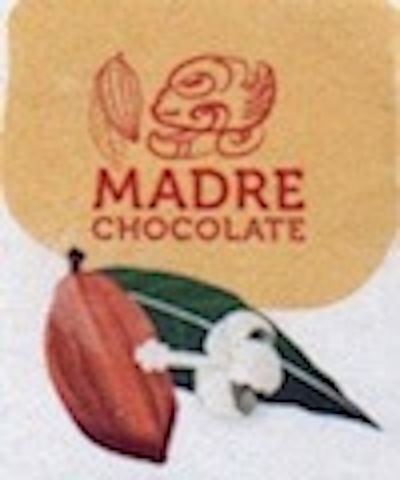 Impact
Calling Madre co-founder Dr. Nat Bletter a ‘doctor’ takes some getting used to since he could be fronting an indie band in Brooklyn or shredding bike trails among Utah’s canyons.

In a sense, he does both.

The good doctor received his Ph.D. in ethnobotany studying medicinal flora of Peru, Mali & Guatemala Mayans, which places him in that special slot between an MD & a shaman.

Additional research at the NY Botanical Garden & as well as his experiences documenting exotic fruits & vegetables, herbs & traditional meds -- many gathered while foraging in the wild, in situ, exploring Asia, South America, Central America, & Africa -- means he basically travels on a budget of next-to-nothing but lives phat off the land.

For instance, in August 2011, all his combined insights came together when Dr. Bletter led a culinary-botanical-musical tour of Bali where he has spent many months in reverie combing the landscape, eating its bountiful delicacies, & ingesting its medicine & music since 1994.

Along the way, he likes to investigate natural stimulants such as cacáo.

These forays into discovery spurred Nat to launch an antioxidant-rich, pure-ingredients craft-chocolate company.

So add to his many titles a couple more: cacáo researcher / chocolate maker, a rare combination in this industry.

Currently he continues his research at the University of Hawai’i Manoa & heads up Madre Chocolate with partner David Elliot.

Whether there or on the road, Dr. Bletter typically walks around with a rucksack -- a kind of mobile field research station in a backpack -- loaded with specimens from recent expeditions.

The following is a summary of but a few of Madre’s innumerable confections that fill the slot between a bar & a bombone (the shape of the former & usually the taste of the latter). In the ‘Flavor’ Section below, individual confections are listed with a brief synopsis & rating of each.
Appearance   4 / 5

Aroma   7.2 / 10
favors inclusions over vanilla-dominant cocoa
Mouthfeel   11.8 / 15
Flavor   39.4 / 50
Passion Fruit -- paired with Madre's Hamakua 70% Dark sourced from Tom Menezes' Estate in Hawai'i; starts out a Milk Chocolate countenance then the tart springs up; bracing but with a strong guava-like finish thanks to Hawaiian cacáo's own fruit-inflections; 7.93

Hibiscus -- a mismatch as the flowers overwhelm this D.R. cacáo (no easy feat) that resolves well enough however into a mossy marshmallow; 7.12

Amaranth -- select one: a bowl of Rice Crispies™ with a cup of coffee or Nestlé's Crunch 'n Coffee; excellent warm grain on the nose & full throttle café on the tongue that catches quinoa + cocoa at the back; formidable; 8.58
Quality   14.7 / 20
Craft-chocolate personified: inconsistent, heavy-handed & never dull.

A label taking lots of chances which Madre boldly accepts.

Likewise, it pays to bring to the experience a temperament for being undeterred.