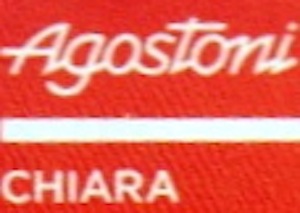 Impact
FULL DISCLOSURE: Chiara lies close to the heart having dated one from Milano for a fun while. She, in the fashion & jewel industry, would stroll along Yucatán beaches, around the scuba paradise of Akumal Bay, topless with just the slightest thong on.... a vitally invisible strand seeing how it was deeply embedded between the cheeks. That never failed to turn heads from male & female onlookers alike. Admirers all.

What was it about those cheeks (& nobody's referring to the ones on her face either, though they too were mouth-watering plums) that salivated the eyes to cause them to weep with aching pleasure?

Maybe because a guy could sit his six-pack (beer or abs) on its jutting top shelf? Or women would just drool with envy at its sashaying equestrian strength?

Skinny-ass quails may head off to Brazil for a butt-lift but for the genuine article / "arse-icle", nothing surmounts organic Italian design.

Such be the Texture in this bar. Even a bite specialist like Marv Albert would dive & sink his teeth right in.

Lest anyone think this just an air-head, or more accurately a fat head, think twice.

A finger of vanilla right up the mid-stripe give it some gravitas, however limited. Without it, this would amount to just sugared liposuction. With it, Chiara simulates a fine White Chocolate as much as any Milk Chocolate.