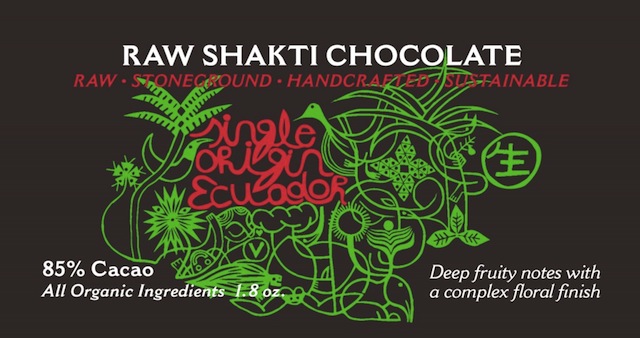 If you're a termite.

WIth notes of dry wall & sheet rock, it stimulates their appetite.

And lucky us humans. "Raw" chocolateers never need to run a sample test batch first, for the public is their test monkeys.
Appearance   3.4 / 5

Aroma   -- / 10
in chocolate there's dairy-free for the lactose-intoilerant, allergen-free (for people susceptible to nuts), GMO-free (to satisfy organic shoppers), child-labor free (so the onset of the daily work grind can be forestalled for the young'uns until adulthood), lead-free (& other contaminants, which eliminates Chinese-grown cacáo for the time being) & this: odor-free.

Wait, hold it, maybe sinus congestion or nose plugs are the problem?

Nah. That congestion went away after Vosges' Mo's Bacon bar cleared the sinuses like smelling salts. And the nose plugs came off after missing the cut for synchronized swimming at the Athens Olympics.

Just a dormant bar, as in flat as a 'door mat' & the plastic made into that.

In another first: this scores zero points for Aroma based on 'no odor' = 'no points'. No other chocolate can lay such a claim.
Mouthfeel   9.7 / 15
Flavor   41.3 / 50
blank beginning befitting the Aroma -> faint asphalt -> bitter caramel -> drives into a housing development under construction (dry wall studs standing about) -> savory in the backyard (marjoram) interdicts dirty pecan -> latent cocoa flush in the down-shaft of the sewage plumbing

NOTE: as for all the hash on the wrapper (click image upper right) that reads "deep fruity notes" (re: buried under the asphalt) with "complex floral finish" (flowers crushed beneath lacquered flooring), it's literally true if wearing those nose plugs while suffering from a bad case of the flu with post-nasal drip & a blindfold on to help visualize this cocoa before processing. Ahhhh, the "powder" (given this bar's Texture) of positive thinking.
Quality   14.1 / 20
Respectable for "raw" both because a) 85% can be a strict even prohibitive percentage & b) the downright dismal collapse that so often characterizes such bars fails to materialize. Instead, this maintains a foundation, however flimsy. Or at least a floor below which it does not fall. It all holds together largely on account of palm coconut sugar -- the latest fad now that agave has been exposed like a pedophile. (When will the raw-sages learn that shifting from one to the other is tantamount to moving from Brittany Spears to Justin Bieber?)

Still, pretty harmless... so blank & generally flat in contour that this cacáo probably skipped the fermentation step to buttress its "raw" credentials. Naturally the house never catches fire to go up in smoke -- no roaster ever touched these beans -- so taste-buds get out alive.

And the termites, happily satiated, can move onto the next home (pssst, "raw" bar).