Impact
Rob Anderson, the barsmith behind Fresco Chocolate, processes every origin every which way, experimenting with each by varying the roasting curve & the conching parameters. When asked which of his various PNGs (Papua New Guinea) he considers a must-have, Rob brandished this bar.

Hmmm, why is that? Maybe something to do with the power-number '69' prominently posted on the front (click image upper-right to enlarge)? Or the quivers of flavor akin to the Kombai or Korowai arrows that pierce thru the PNG bush & find targets in saltwater crocs, beady-eyed death-adders, & rival clansmen?

Whatever the reason, Fresco Rob captures the wildness of PNG while sweetening it to just about the right level.
Appearance   4.7 / 5

Aroma   7.8 / 10
grilled fruits -- diesel & turpentine vaporize the yellow champedak as well as artichoke heart, tea & a balancing spice (bourbon vanilla)-> fumes evermore masculine with leather -> grape-must on the break wall
Mouthfeel   11.4 / 15
Flavor   43.8 / 50
slow release of infused tea with some reds (very cherry & grape) backed by smoked tobacco leaf -> peat -> hay with a slight musty offset -> acacia -> the preceding fall way as granite & limestone grind in -> late-resurgent fruit-acid -> dry cocoa
Quality   15.6 / 20
Markham Estate, first highlighted by Cluizel's Maralumi, lies about 30 km outside Lae City along the Highlands Hwy, Morobe Province, PNG. Where most cacáo orchards in the world are in the hands of smallholders (often 2 to 3 acres), Markham scales up a sizable operation, including one of the largest central fermentaries around in which cacáo seeds undergo a 5-6 day ferment, then artificially dried for 2 or 3 days due to heavy rainfall in these parts. 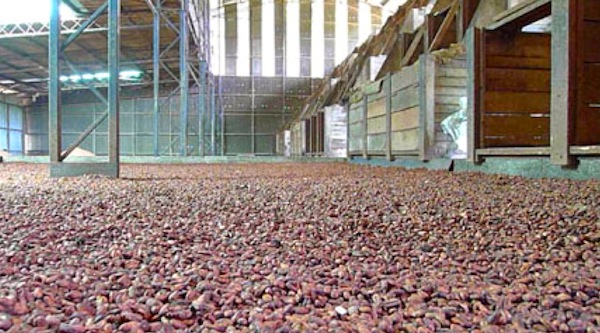 After the misfires of late from Amano, Mast Bros & Zotter, finally a PNG that gets back on track. A uniquely curious origin if there ever is one, few are as unpredictable. This bar follows suit but in a generally good way.

Double-smoiked: once during the forced-air drying & again during a medium-strength roast. Fresco then finishes it off with a matching medium conche that strives to fix a middle ground between highs & lows as well as the near & far array of ranging flavor compounds... all the while maintaining the island's inherent character. Especially those loose-canon shots PNG is noted for, which in this bar never really show as off-flavors, just quirks in the mix.

No palate buster but a sure mouth opener.