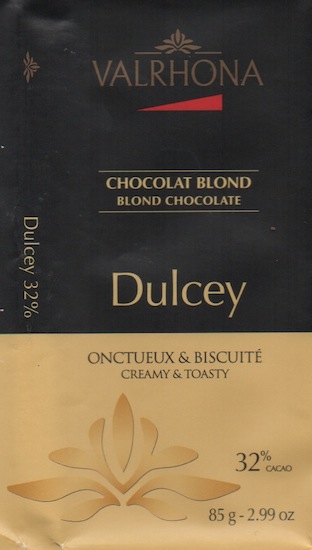 Impact
Valrhona waxes on about this confection as a curator at an art exhibit.

While preparing a dessert for a major event, Chef Bau, from L'Ecole du Grand Chocolat, left some white chocolate in a bain-marie & became absorbed in a new technique. 10 hours later, he was drawn from his creative reverie by the delicious aroma. His alarm quickly turned to delight... after 8 years of pain-staking research, Valrhona finally developed the perfect recipe. 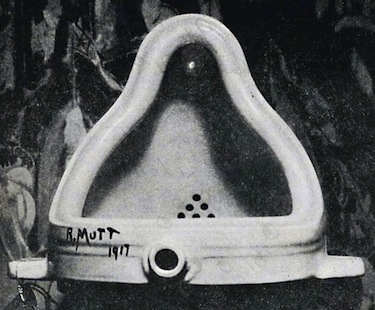 The differences between the 2 bars tastes of a pompous artifact versus a flavor that inheres with elemental gastronomy.

Despite all the hoopla, stuff like this abounds in boxes of bonbons around the world. What Valrhona fashions well, though, is to contain the buckets of sugar piled in. While sweet, it never approaches the tooth-aching onslaught of other similarly constructed confections.

Nor, alas, does Dulcey exude much White Chocolate essence.

Any talk of it creating a new category in chocolate amounts to 'oo-la-la hyper-hype', French-style: sounds good & looks good, & fails to compute in the same vain as 20th French philosophy from Existentialism thru Post-Structuralism.

8 years in the making? Good thing Valrhona ain't in charge of a manned Mars landing or the war on cancer.