Tonight at 6PM EST in NYC, the Heirloom Cacao Preservation initiative (HCP), of which this site is a Founding Circle Member & whose publisher is the Director of the HCP Fund, will unveil the first-ever cacáos to be designated Heirloom.

And corn-on-the-cob exploded in your mouth without any need for salt & butter? 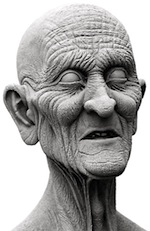 You probably don't, unless you're the age of Methuselah (grandfather of Noah [the ark guy] who, the Old Testament professes lived to the ripe old age of 969 years).

Somewhere along the line tomatoes started to taste like cardboard & corn like styro-foam. Then along came heirloom varieties, & they tasted real again.

Chocolate is endangered of falling into the same trap, tasting more & more like wax these days.

The best chocolate in the world starts with the fruit of the finest Theobroma cacao trees. These trees typically grow on small family plots across the equatorial lands. But the vast majority of cacáo trees – 95% -- are bland, bulk-grade. And this bulk encroaches on the other 5%, prized as fine-flavored, at an alarming rate.

Even the super-class, the 1%, despite fabulous wealth, rarely wrap their lips around super fine chocolate. Chances are Donald Trump & the Queen of England probably settle for that same box of wax & nail polish as the rest of us. The equivalent of cardboard tomatoes.

Time is of the essence to save these trees, these diamonds of cacao, because they’re vanishing, day-by-day. And with them, botanical treasures could be lost forever unless we all act to protect them not only for our times but for generations to come.

The Heirloom Cacao Preservation initiative scientifically maps the world of high-flavor cacao trees & connect those flavor traits which make for the best chocolates to the trees’ underlying genetic code. A quest that this very site has pursued organileptically since its inception with by far the most comprehensive open-source database on cacáo genotypes as they relate to premium chocolate flavor. Now that quest stands a chance of being formalized, & eventually systematized.

It embodies the foresight to avoid that syndrome of a species, having once had everything, but failed to appreciate anything, until it was nothing, except an excuse to preserve something.

Gary Guittard, President of the Guittard Chocolate Company: "The pioneering work of the HCP is an important tool in the global effort to promote sustainability as we are identifying the fine flavor cacaos around the world before they are lost to high production varieties that lack fine flavor characteristics."

In caring for heirloom cacaos, HCP faces an impending disaster -- the specter of a world in which chocolate stands for nothing but the color brown -- so that everyone can enjoy the best... from kids to grandma... that is, real chocolate.... & find it somewhere other than down memory lane.

As the first & only initiative to categorize & promote the genetic flavor profiles of heirloom cacao, HCP taps back into chocolate's roots at the source to help restore its glory of a pure flavor powerhouse upon which it gained global fame.

The stakes are higher than first imagined.

Consider if we fail to cure the ills plaguing chocolate – a godsend universally loved & of relatively small economies of scale (a very manageable $100 billion) compared to the auto, housing, & financial sectors – what hope do we possibly have for whatever else ails us? This thus becomes a template for either hope or despair. And if somewhat imperfect, at least a positive step to make right, for the most part... before Robo sapiens make us extinct.

Speaking of which… the centuries-long saga of Theobroma cacao, particularly in its New World birthplace, parallels to a large degree the story of cultural ascendancy followed by a struggle for survival of the first peoples to live here, some of whom continue to cultivate it to this day. So what we received (some would say 'stole') from the Amerinds, we can give to those binary aliens. A win-win because they might keep us around like humans do pets. 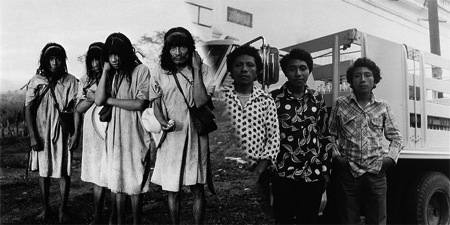 Cynics rebut, as they already have face-to-face, that such idealism is naïve, that it people don't give an F, all they want is a gobstopper of brown fat that melts in their mouth, not in their hands.

Humanity has shown to be more & better than that.

The future's in our hands & the choice appears clear on the cusp of either chocolate making history or making chocolate history. To liberally paraphrase Nietzsche -- without chocolate, life would be a mistake.

Share the passion & be a part by supporting it whichever way you choose.

As such… long story short... there's no Daily Review today save for this overview. It will resume tomorrow with details on the inaugural class of heirlooms. 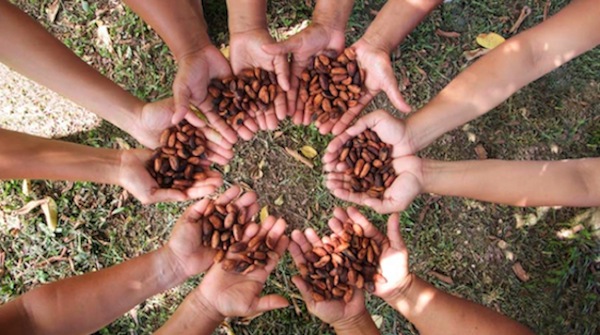