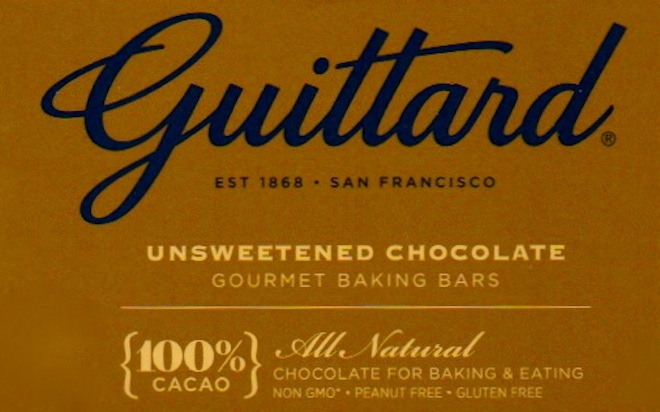 Impact
Approaching this unsweetened 100% cacáo-content bar from Guittard, which operates in the Bay Area, might be likened to the region's seismic waves where ever since the 1903 San Francisco earthquake residents have been patiently & anxiously waiting for the (next) Big One.

Does Eureka measure up to all it's cracked up to be? Or should it be compared to the 1989 Loma Prieta World Series quake of chocolate bars… earth shaking if not quite shattering?
Appearance   3.4 / 5

Aroma   8.6 / 10
walloping cocoa whiplash from rugged yet soft leather strips buffed in no ordinary shoe polish but coconut oil & shea butter
aerates vanilla banana-cream hanging on a massive hardwood (evocative of araguany or iroko) that all creates a dense walnut brownie
Mouthfeel   13.4 / 15
Flavor   42.2 / 50
dry cocoa dust -> coffee hard on the heels of Brazil nuts with skins attached -> first heavy-metal / bitter-iron hit causes an upheaval, upending roots & tree trunks, Eureka indeed (as in the home of the California Redwoods)… & goes on a long tear from there until, at last, a butter cream back (somewhat short-lived) mellows the preceding into a black truffle (stupendous) -> savory chips on the way down -> vegetal aft-length + a green walnut
Quality   15.7 / 20
Guittard slides in the rare slot between the candy giants & the micro-batch processors, combining the reach of the former & the agility of the latter.

While most measure their longevity in terms of years ('established in the year two thousand & something'), Guittard charts it in generations. Currently 5th generation & counting... Doing the math, that's roughly a century & a half. Which spells e-x-p-e-r-i-e-n-c-e.

The old pros showing the young bucks -- many who preach a purist's orthodoxy which eschews vanilla, lecithin & added cocoa butter but cling to their various forms of sugar while becoming increasingly enamored with groceries like goji berries, almonds, browned butter, & the ever ubiquitous fleur de del -- how to 'free bar' it without any additives whatsoever. Just cacáo / cocoa / chocolate. No vanilla, no lecithin AND no sugar.

This comes in what appears to be a box of shotgun shells & delivers a buck shot to the mouth.

In the French tradition, which conforms with Guittard's heritage, the company softens the blow some by buttering up the works. Cocoa butter, that is. Modulated quite a bit actually. A bar that melts generally smooth if heavy because of it. Even so, the underlying power, the simmering violence really, persists from the opening lip to the last swallow. Quite triangular: bitter - cocoa -- butter. Proves very effective for clearing the pipes & passageways.

To be fair, Guittard released this as a baking & eating chocolate, but primarily the former. In that spirit, stick to the heady Aromatics right out of the wrapper (an air freshener of sorts) & in the oven piled atop some cookies.

100 remains a very demanding percentage. Before any baby barsmiths snicker, respect the fact that Guittard has the balls to produce it at all.