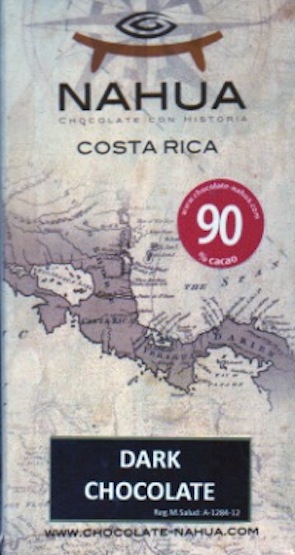 Impact
Entering Home Depot® with a Starbucks® toward the rear
Appearance   3.4 / 5

Self-corrects, of sorts, for a very generic coffee ender.

Though the ingredient panel lists no added cocoa butter, it sure feels like it... lots of it. Indeed, Nahua confirms such upon further inquiry. Constructed from a seed lot that differs from Nahua's own diverse cacáos, collected instead from small growers in the same area, then centrally fermented & dried.

In sum, this bar tastes submerged & off-point. The culprit may lie in an undeodorized cocoa butter with issues related to its machine press.

By the finish though, nothing lost / nothing gained in a rather neutral 90%.