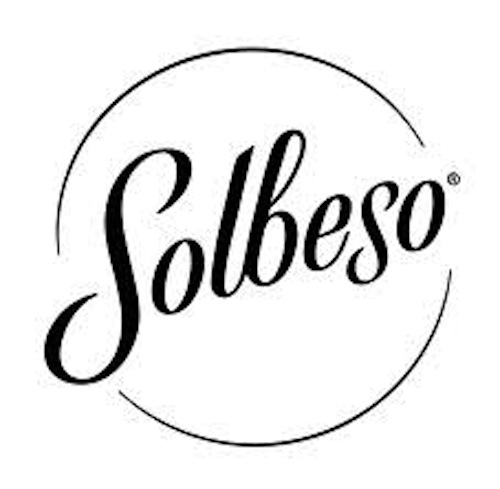 Impact
The following pertains to beverage cacáo, the 3rd rail in the chocolate delivery system along with bars & bombones. Drafts, after all, are the original way to take cacáo / chocolate, dating back at least some 5,000 years ago.

Due to its novelty & early stage development, it is unrated.

*************************************
The prequel to the story of chocolate in all likelihood begins millennia ago when the fruit of Theobroma cacao trees – from which all chocolate derives – was fermented for the very first time into a draught akin to a beer. Called chicha, it probably measured an alcoholic content of around 8% or so, give or take… who knows exactly.

The tradition continues to this day in Central and South America.

But other than moonshiners mashing up some stump juice, no one has commercially distilled cacáo before. That is, until now.

By fermenting then distilling the pulp of cacáo, Solbeso stakes a claim to being the world’s first new spirit of any kind in 200 years. Swig that around for awhile or, if still teething on bonbons, ruminate on it.

Historical standing aside, simply put, nothing else quite like it exists.

So unique, one might say, that the Singularity Moment, with apologies to Eliezer Yudkowsky, Ray Kurzweil, & the entire ilk, has arrived -- well ahead of schedule. show more »show less «

Gordon has been seeding & soaking the territory at gatherings, conferences, parties, in one-to-one meet ‘n greets with proprietors of lounges, clubs, pubs, mixologists / bartenders, restauranteurs, et.al. He pours it on, either neat or with a rock.

Clearly a lot of forethought & logistics have gone into the whole arrangement of bringing it to market, like forging relationships with Bromans / cacaoteros / growers, building a central fermentary, transportation (sometimes on a jiggly ride thru the rainforest to the port) & then some. Enough to induce headaches before any hangover can be drunk.

Just to give a flavor of how involved, 1 metric tonne of wet cacáo seeds en baba (or with mucilaginous pulp surrounding them) yields 100 to 250 liters depending on varietal, sugar level of the pulp, & the time of year (which can affect water levels in the pulp). From there, careful distillation to achieve quality & consistency skews the math further downward... by 10 fold.

Solbeso stresses that no chocolate ever gets discarded or harmed in the process; that the seeds responsible for the key ingredient in every bar happily go thru their entire fermentation cycle. They simply capture the excess run-off rather than robbing the cacáo of its much-needed sugars & juices to attain a proper ferment -- a crucial step in developing flavor precursors for premium chocolate.

Timing is of critical importance to avoid any unwanted / undesirable microbes which would ruin & render it contaminated / unfit for human consumption. Therefore, at the moment the pod gets split open, Solbeso expedites the handling of the contents the very same day, then later pasteurized for good measure.

Added bonus: the upside impact on the environment.

Due to the sweatings' or drippings' low pH of 3.5, local water-tables can turn acidic – a potential public health hazard. In transforming the pulp into liquor, the human liver effectively filters this otherwise waste product (of course urinating it into sewage treatment systems causes… well, skip that for another discussion).

Other than the modern temperance movement, who can possibly object?
Appearance   -- / 5

Aroma   -- / 10
well, cacáo pulp (see Flavor descriptors below for more)
bandaged acacia
alcohol, naturally; what some may interpret between a tequila & a vodka
Mouthfeel   -- / 15
Flavor   -- / 50
pours in white lightning… flashes of star fruit / pepino / monstero deliciosa / white sapote (Casimiroa edulis, the last with its key-lime pie element) before considerable though tolerant heat -> rum toffee -> grape seed extract back
Quality   -- / 20
What started years ago from rough scratch has now developed into a smoother refinery.

First time imbibers will be puzzled as to what exactly it is. Clearly not grain, but fruit derived; akin to an eau-de-vie.

Upon the cacáo-reveal, the highly suggestive might convince themselves of a recessed chocolate note but that’s quite remote. Straight sipping, the more apparent features swirl along the lines of generally clean though similar to rum or mescal with their intermittent coarse points, nothing objectionable however, & respectably harmonized… versatile in fact, an obvious cocktail base.

Solbeso essentially rinses with the contents of water-logged CCN-51 pods -- one among several reasons why they produce such a devoid-flavor chocolate bar – then purifies & vaporizes them into a noble spirit.

As is, the finest exposé yet of the much maligned CCN clones.

Unique. Singular. A true creation & true "pod-strength" (a term coined by the C-spot® years ago referring to pure 100% unadulterated & unsweetened chocolate with no added sugar, crafted from cacáo & nothing else, the equivalent of scotch’s cask-strength or just elements naturally found in the cacáo pod).