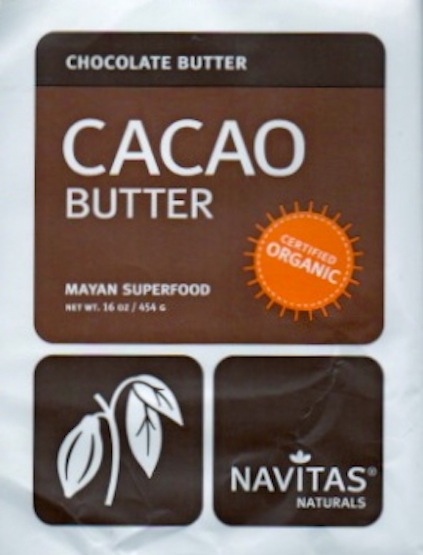 Impact
Let’s face it: most chocolate, even Dark chocolate, isn't all that healthy. Which partially accounts for why people indulge in it.

The culprit… next to the microbes, dead insects, animal droppings, & heavy metals that contaminate cocoa piles in the tropics… that newly classified poison called ‘refined sugar’.

A recent clinical study undoes about 50 years of cultural brainwashing that saturated fats like butter & heavy whipping cream are bad (with the exception of lethal trans fats).

The new research, financed by the National Institutes of Health & published in the Annals of Internal Medicine, covers a racially & ethnically diverse group. It notes that individuals who consume twice to even triple the recommended limit by the American Heart Association of saturated fats, & up to almost half of all their total daily calories in fats including unsaturated varieties, fared well. Very well. Coupled with a low-carb diet (such as reduced sugar), markers for inflammation & triglycerides — a type of fat that circulates in the blood — plunged. HDL, the so-called good cholesterol, rose sharply. Better still, blood pressure, total cholesterol & LDL, the so-called bad cholesterol, stayed about the same.

The differing rates of melt between these 3 make cocoa butter both challenging to work with & intensely sensuous to behold… staking out a generalized melting point close to that of the body.

Cocoa butter has been used for centuries as a soap, an emollient, & an added fat. The Jesuits, huge chocolate drinkers during the European invasion of the New World, were first attracted by extracted cocoa butter’s medicinal healing properties. They established infirmaries & pharmacies giving rise to ‘where there’s a church, there’s chocolate’.

The “raw chocolate” tribe behaves likewise in extolling the virtues of its wares, touting its preserved antioxidants / polyphenols & sundry bio-chems to crown it the supreme ‘superfood’. But as the caduceus points out, the snakes must coil around that fine line between medicine & poison.

Conspicuously / thankfully, Navitas does not include a technical spec sheet on the platelet count such as the one provided by Conacado. The taste-bud test, however, indicates a school of them.

And the melt, anticipating utter seduction from the queen of fats, brings the opposite of sensuousness: some industrial plastics site in search of a superfund clean-up. All befitting some of the lowest metrics (upper right corner) ever recorded.