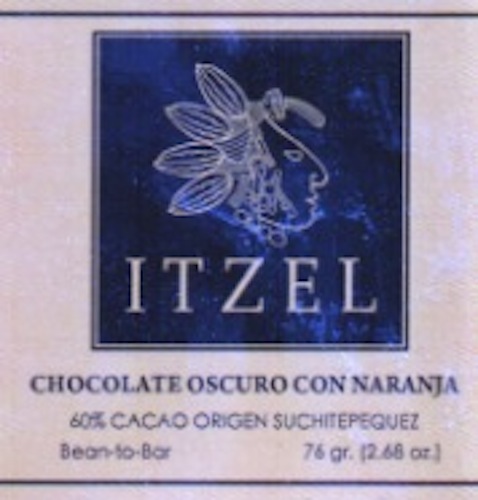 Many a mestizo today sentimentalize over the indigenes & christen their daughters 'Itzel' as a way to go native, & perhaps a cover for confiscations by their conquistadore ancestors.

To complete the honor, Itzel the chocolate barsmith selects cacáo from the Suchitepequez region, tapping back into its roots where people once, & in some parts still, revere it. 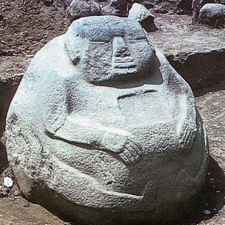 Unlike their counterparts in South America whose sacred plants appeared omnipresent, growing wild in virtually every river valley, hanging from trees free for the picking (Spanish Jesuit Cristobal de Acuña published New Discovery of the Amazons in 1641: “with little labor these trees may be harvested on this river without any agriculture, nature alone covers them with abundance of fruit”), inhabitants in Mesoamerica would have to cultivate cacáo. They did so with an abiding passion. Mesoamerica therefore became the center of domestication. Especially along the humid piedmont zone of the Pacific slope extending from Xoconochco Chiapas in modern Mexico, south thru the prime growing zone in Guatemala (Suchitepequez, Mazatenango, Escuintla, Guazacapán) & onward to Sonsonate (El Salvador). Cacáo stood central: its worth in commerce & cosmology rivaled only by maize. It coincides & overlaps in many respects with the predominant distribution of ‘potbelly sculpture’ that appears around the Late Preclassic era (c. 200CE). As such Guatemala comprises the heart & guts for what might affectionately be termed the geographic ‘chocolate potbelly’.

Many believe that cacáo culture here reached its zenith there & then… the Maya naturally selecting prized cultivars for their hi-flavor seeds, bringing forth arguably the finest cacáo ever cultivated on Earth. Quite possibly true insofar as Friar Francisco Ximénez, noted translator of the holy Mayan text Popul Vuh & perchance the West's 1st "chocolate critic" (sorry, latter day cocoa gurus), inventoried the single-origin cacáos in the Americas, saying that the absolute best grew along this Pacific coast.

A 1550 tribute assessment ranks Suchitepequez first, making it the jewel in the Spanish crown.

These fabled cacáo-groves along the Pacific nowadays mostly count backyard ornamentals pruned at the household level for small local markets. What little exists centers, however, around the area of San Antonio Suchitepéquez – considered the heart of the prime cacáo-growing zone.

Many will be hard pressed to discern any such pedigree in these bars by Itzel because each contains voluminous amounts of sugar & flavorings. For a more unadorned taste, check Danta Chocolate's Las Acacias Estate. Lest anyone figure that this just provides cover for shady / shoddy / slaty cocoa, think again: Itzel crafts bars out of the chocolate ether.
Appearance   4.2 / 5

Naranja
orange rushes out to an easy kid-cocoa back & little else -> late stage spiced fig (leaf + flower) accented in cinnamon & vanilla
Quality   16.1 / 20
Oscuro
At 60% cacáo-content with ample vanilla, this falls under the category of confection more than chocolate, & certainly no chocolate "oscuro" (i.e., "dark"). 40% sugar & all that copious vanilla conveys tourist chocolate.

Capsule Summary
Surprisingly good given the percentages & the origin which fell into disrepair the last several decades.

Itzel carefully formulates & calibrates… all the components interact in a friendly, considerate manner. Nothing over-reaches or harshly subjugates.