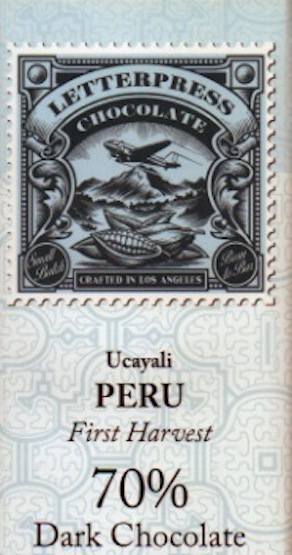 Impact
The Ucayali inhabits a near-mythical place. To some, its headwaters mark the start of the grand Amazon river.

The fabled cacao forests of the Chunchos -- the first-ever spotted by Euros in South America after Pizzaro conquered the Incas & dispatched Peranzures de Campo Redondo to explore their lands east of the Andes -- stood tall & thick, lining its banks of the upper basin. There, native cacaos reached altitudes of up to 4,500 feet!, an elevation considered unheard of until recently.

Armies of foreign invaders -- vapid clones like CCN from neighboring Ecuador -- now encroach & crowd out the indigenous Theobroma trees in, this, one of the prime nodes for cacao genetics. A region surveyed by several historic expeditions that attest to its biodiversity. Some of which still exists if chocolate culture can only get around to building viable, sustainable ways to tap & utilize it instead of surrendering to the cheap onslaught in the name of efficiency & productivity. And myopia... such as gov agencies deluding themselves they can convince campesinos to substitute cocoa for coca (& its cocaine derivative). To wily growers, it's no 'either-or' proposition: they'll accept whatever largesse & just plant both because it makes perfectly good sense. Each, when judiciously used rather than abused, has benefits.

While nuanced gently, this largely delivers straight up -- the initial wave carries thru to the finale -- & points to the stasis (almost ordinariness) of breeding programs in modern chocolate that value yield & hardiness above all.

The lot here stems from a tributary flowing into the Rio Ucayali -- call it 'metro-Ucayali' in reference to its broader vicinity. Ergo, a bit in the vein of Tingo Maria.

Prepped by ace fermenter Daniel O'Doherty in a region abounding with CCN-51. And even though vouched for as free of it, given cacao's promiscuity, hard to conceive that it hasn't crept into the mix, at least trace levels. Indeed, ishpingo flavor tags often serve as a tell-tale sign.

Whatever the circumstance, a solid basic bar whose enterprise holds hope that the Peruvians will eventually marshal the plentiful native cacáos still found in this valley to construct a high-quality agroforested cocoa sphere.