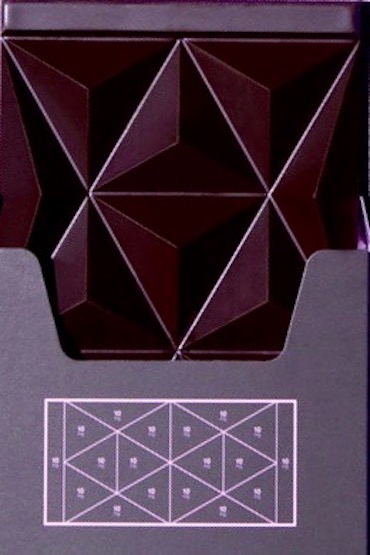 Impact
The prospect of spending $43 on a martini made with mist harvested from Bay Area fog sounds so San Francisco.

Mesh ‘fog catchers’ perched atop the bay’s hills capture the brume -- drop by drop — turning it into water. For someone who wants to taste something really special, they say, even if it has no special taste.

Enter California's Défoncé... Chocolate Cannabis... smacks of that now that the counterculture 60s is the culture. Photographer Joe Samberg echoes Beatle George Harrison’s take of one grand hippy commenting on the mass of hippies in Berkeley:

“The average person on Telegraph Avenue was almost completely ignorant politically. All they really cared about was drugs, drugs, drugs. They were nihilists & hedonists. They just supported anything that was against the establishment. There was no intellectual foundation. The spirit everyone had talked about -- the feeling of love & new age & progressive politics -- was dying a miserable death.”

There may be no growth for people continuously on drugs but some, like Allen Ginsberg, found Eastern mysticism. And what started out with all this higher thinking -- expanding the mind to become more conscious of what’s really going on in the universe -- descended into some pot where big ideas disappeared. Maybe Jerry Garcia of the The Dead got it right when he said politics & even the social movement are secondary to the spiritual.

As they say in Cali from whence this concoction originates, 'nice'
Mouthfeel   11.8 / 15
Flavor   40.1 / 50
malted cocoa -> terpenes stream in to flood the chamber, then scream up to overtake the progression (& more caryophyllene than linalools at that) -> passes out back on kidz-cocoa
Quality   13.9 / 20
Dank, not Dark.

Very little to report on in the way of chocolate. So much for anything in the way of gastronomy. Hardly a sensuous intake. Mostly just some terps & burps.

From Défoncé, a chocolatier rather than a legit barsmith, utilizing Guittard couverture (just a semisweet coating) for the chocolate base with the classic make-up kit (vanilla / lecithin / cocoa butter add-ins).

Faux autheniticity. Défoncé counting on susceptible Americans for whom anything French-sounding rubs off as sophisticated.

The name itself -- Défoncé -- though freighted with multivariate connotations, at its root means 'junkie', presumably a conceit that the company's would-be customers are all chocolate monkeys in this their consumer lab experiment.

Yeah, the packaging a cut above the current standard for hi-end medibles (see Kiva) due mainly to a heavy card-stock for a wrapper (re: Trader Joe's / Costco).

About the only truly mesmerizing element is the mold shaped into geometric angles for an optical feast.

Nonetheless this delivers a smooth enough profile that smokers & vapers & anyone so inclined to such flavor will appreciate. Those on the prowl for true chocolate-cannabis confection however... please standby.

Measuring the dollars-to-dosage ratio, better off complying with the time-tested & inexpensive prescription of the ever-popular Dr. Mary Poppins: a spoonful of cheap white sugar helps the meds go down.