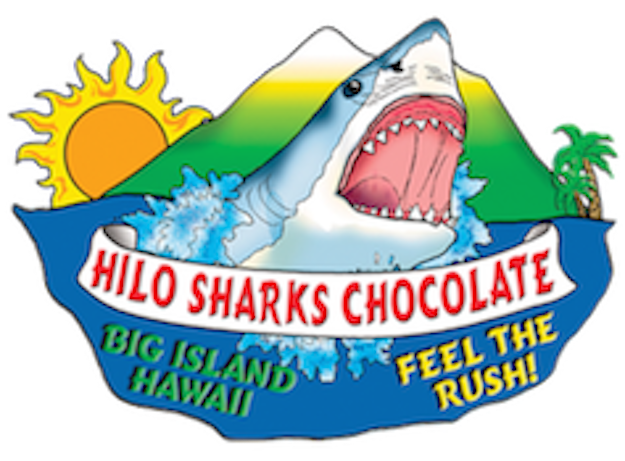 Impact
According to the World Almanac, the rainiest place on Earth, with an average annual rainfall of 460 inches, is Mount Waialeale, Hawai'i.

Then there's Kilauea. In 1790, the volcano erupted on the Big Island. Over 5,000 people died, making it the deadliest ever in the USA. Kilauea remains one of the most active volcanoes in the world.

Just a couple examples of what Bromans (tenders of Theobroma cacao trees) are up against cultivating cacáo in Hawai'i. Maybe the most challenging spot along the 20/20 Zone, that belt roughly 20º N & S of the equator where cacáo only grows.

Undaunted, the locals here toil with a grit to quote another guy who knew about islands in the sea -- Melville: better to fail in originality than succeed in imitation.

Such conditions make for some signature chocolate.

Dark B
more austere despite plumper raisin & creosote
Mouthfeel   11.8 / 15
Flavor   44.3 / 50
Dark A
cocoa sweetened by that dragonfruit analogue picked-up in the Aroma -> turns dark into coffee-caramel (excellent) for toffee -> mulling spices whence this bar climaxes without coming off its peak... holds it... forever & a day -> marinated black cherry -> talc'd aft-taste

2 bars, each weighing in at 73% cacáo-content, from the same allotment of seeds. The one difference: roast, compliments of The Shark's son Colin. He treated Dark B to extra heat & it shows.... a bar profile for clamoring masses accustomed to center-point basal chocolate flavor with a caramel twist thrown down.

Dark A on the other hand pleases chocoscenti on the prowl for broader flavor array.

Yes, vanilla (the current no-no amongst Neo-Spartans rioting for "pure" chocolate, as if sugar is no additive) directs a lot of the progression & impression but in a judicious way -- pronounced yet in the pocket.

Both Bars A & B represent a quantum leap from Shark's early iterations.

Look anywhere in the premium choc space, the ubiquitous Ecuador & prevalent Madagascar sit on every shelf. Nothing against those, fine; why Hawai'i remains relatively absent in this its mainland home mystifies however.

All-American chocolate &, like its lava landscape, the island bars rock.