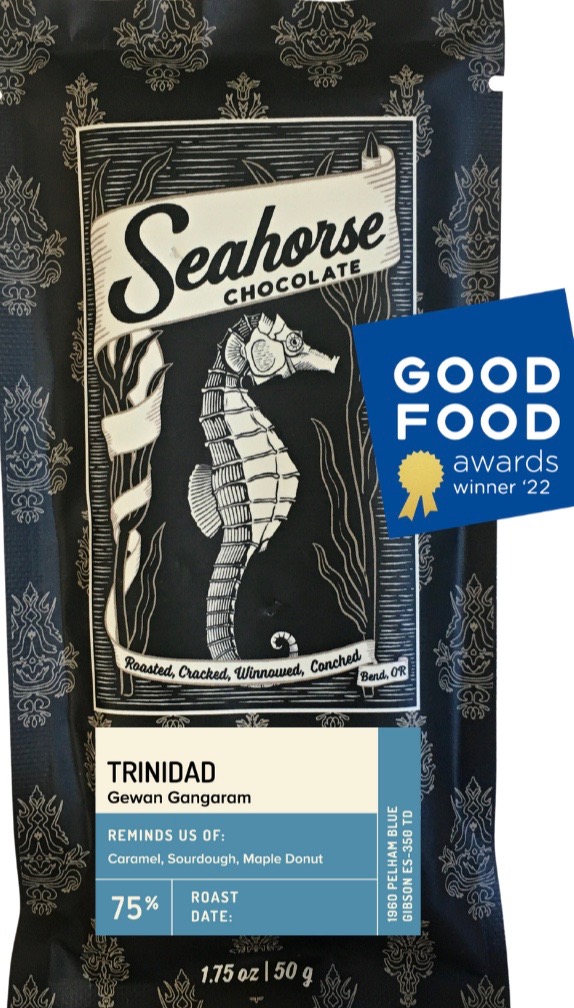 Impact
Poor cocoa… while commodities generally from grains to metals & energy trend in a cyclical upswing — defying financial markets otherwise in bear(ish) territory — cocoa lags behind as an orphaned basement dweller. Cause or just correlation that ever more interventions & programs in the industry seem to only make matters worse?

No worries. Alternating currents of El Niño / La Niña within sun cycles (the shorter duration 11-year solar flares onto the longer 88-year Grand Solar Cycle) forecasts the price will go up as the supply will go down due to probable drought in the coming years in West Africa where most global cocoa production takes place. Add in carbon emissions & it all equates to climate change. Perfect for Gen-19 (as in Covid / Wuhan / SARS / whachamacallit + its spawned variants, ya know, the remote-educated wearing masks in their bedrooms) to customize their own personal weather patterns in The Web3Metaverse.

Then, for a dose of surreality, travel back in time to Trinidad & Tobago (T&T) — home to Trinitario cacáo & safe harbor to a raft of other cacáos at the CRC (Cocoa Research Center; the Noah’s Ark of the species). The island once produced 40,000 metric tonnes of cocoa annually. Today it barely ekes out 500. A decline of almost 99%. What’s left of this venerable origin with such a legacy fetches a super-premium — about double world commodity rates. Worth preserving, no?

Maybe not. Perhaps w’all just forget about it… along with other mistaken treasures — like bulldozing Khufu at Giza. Ya know, that pile of rocks in the shape of a pyramid aka dead pharaohz hotel. Bulldoze in favor of public housing as part of the social justice movement seeing how Khufu was probably built by indentured if not slave labor. Unless von Däniken's Chariot of the Gods proves correct, & ETs constructed it instead as, what, a UFO hangar?

Either way, T&T has its work cut out for it. Despite premium pricing, with aging trees + aging planters the cocoa sector here risks bankruptcy to the mysterious & spooky vanishing point….
Appearance   3.5 / 5

Aroma   8.7 / 10
triple header: cocoa / caramel / cream in the base, fruit middle & a top-note of flowers
fudge then grounds into riparian sludge
Mouthfeel   12.2 / 15
Flavor   43.4 / 50
fudge element met by slow mounting acidity… comes to fruition as lemon light -> brownie batter -> peanut skin -> background yeasts -> preceding acid distills alcohol -> caramel back -> minor grip finish + walnut
Quality   15.6 / 20
A bar that pulls at itself somewhat. The compounds, though each in & of themselves of good comportment, quarrel with one another without breaking into an outright fight.

Which never makes for a dull marriage.