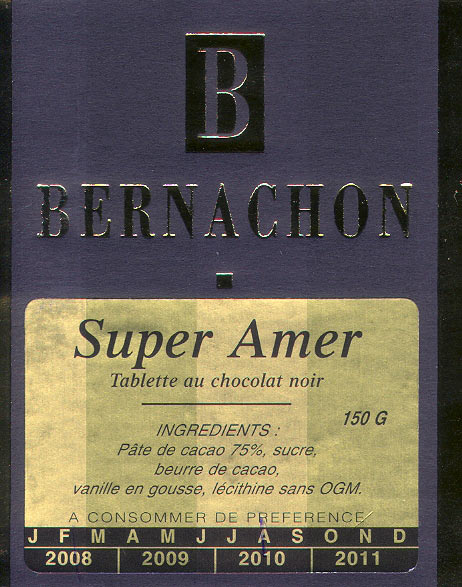 Impact
Amer in French means 'bitter'; super is now a universal onomatopoeia. This has a little of one + a lot of the other. The 'Big Brown' of Chocolate - just blows most of the field away with utter disregard & gets your ya-yas off.
Appearance   4.7 / 5

PS - yeah, it's mostly uhhhh... whayamucallit, ahh, "Forastero" (+ telltale Nacional [peanut] & Venzy too [plum]) - so whayagonnadoboutit? These beans roll with what Charles Bukowski declared: 'what matters most is how well you walk thru the fire'. Such heavy chocolate bass makes one wonder just how much if any fermentation went into this (an exaggerated comment - perhaps - to underscore the art of blending).