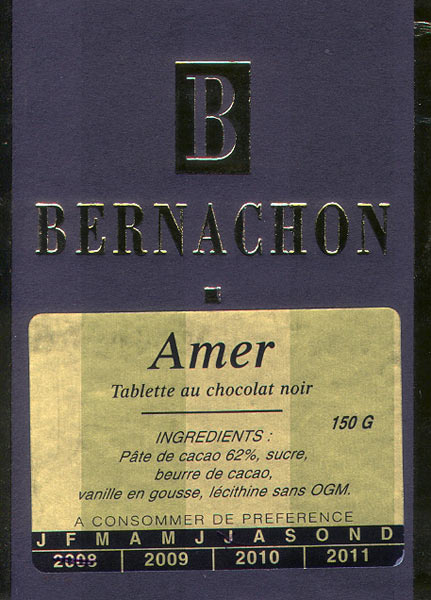 Impact
Stodgy, a fading glory but quite a savvy & experienced bearded Empress of Cocoa.... that does have clothes & make-up. Is all business with a - perhaps tragically unhip in this hyper-slick era - carefree 'to-hell-with-decorum-&-fashion' shrug at the temperance movement of the new chocolate puritans... ya know, the young heirs with no vanilla, no emulsifier, no added cacáo butter, etc.
Appearance   4.8 / 5

Aroma   8 / 10
lays some lumber.... paler though no less poorer than its Super Amer sib: similar cocoa/coffee density but more malted, caramelized, & cerealized on a mahogany/oak table set-up for a box of cocoa puffs breakfast
Mouthfeel   12.4 / 15
Flavor   44.1 / 50
herbal chocolate -> coffee mate -> honey overtones soften the contour to a baseline cocoa w/ less coffee companion -> allspice -> cools to eucalyptus mint -> winds back cocoa-café syrup that thickens into the taste of chocolate paste + lite-licorice -> vanilla oak; the malts, caramels, & grains detected in aromatics show in the after-draw
Quality   17.6 / 20
Simple & uncomplicated; narrow but deep. Plays much bigger than its 62%, bolder than just about any 68%, closer to a 70 or 72 because Bernachon apparently calculates only the mass in its percentage count (which should be the norm as opposed to mass + cacáo butter, & yet another confirmation why the C-spot™ only covers the percentage game parenthetically in the 'TYPE' category listed above). The Ecuador beans in the Super Amer blend are still there but gone are the nuts, replaced by forest greens signaling a change in formula to more Caribbean action, perhaps PNG too, which ride those same heavy bottom Amazon warhorses.