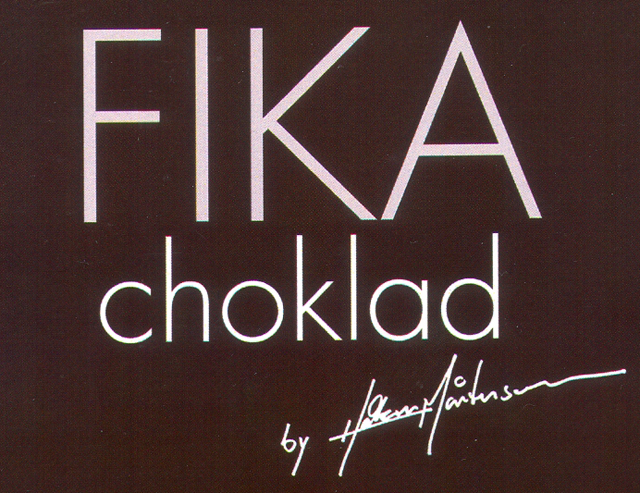 Impact
From Sweden(?) via NY (??). Fika means “coffee-break”, which here, in another weird Scandinavian way, translates as a break from coffee (except for the espresso shot in the box).

Crafted according to ‘the Swedish method’ (whatever that means), it serves as a reminder of what Paul Hindemith, rehearsing one of his dissonant compositions, said to the orchestra, "No, no — even though it sounds wrong, it's still not right."
Presentation   2.8 / 5
functional int’l
Aromas   2.3 / 5
cold & freeze-dried
Textures/Melt   4.9 / 10
Flavor   35.2 / 50
blazing inclusions further amplified by an underpowered couverture (Callebaut’s 70/30)
Quality   20.4 / 30
A mixed bag of real standouts & glaring pitfalls (Marzipan among the best in category). Generally one dimensional.
Selections
Dark - all anise & smoke up the nasals; bland freezer-burn of a Dutch-like cocoa in the mouth-chamber emitting a clove trail + a stringent tail
Raspberry - Vick’s™ cough syrup in Milk Choc w/ chemical tracers streaking throughout
Espresso - signature piece; is what is says... a coffee blast, the jolts pummeling well in the back w/ only a speck of Callebaut’s clove-inflected 70-30
Gianduja - an all Milk Choc cube; surprisingly good – fulsome hazelnut nut meat cured in salt - despite noticeable grain on the Texture; best of the set
Whiskey - super alive liquor, effervescent as champagne bubbles but w/ high alcoholic proof; chocolate, coated in powdered sugar, just an innocent bystander, yet manages to quell the melée long enough to stop for another shot of 'numb-tongue' buried in an sealed oak cask at the finish; fortified, locked & loaded
Marzipan - less mealy & less sweet than conventional, more almond & more considerable; spot-on excellent
Sloth part of Fika’s “7 Sins” collection; an all-White Chocolate vanilla utilizing industrial-solvent cocoa butter; lazy & degrading
Lust - neurotic passion-fruit sprays all over a vacant bed of cocoa while chili heats up after the fact in a total misfire... the entire mess leaving behind a peanut butter stain (thnx to the couverture no doubt); good concept, poor execution
Pride - almond gianduja zapped by a sea-salt sting; would make Pope Gregory the Great (author of the 7 Deadly Sins) proud