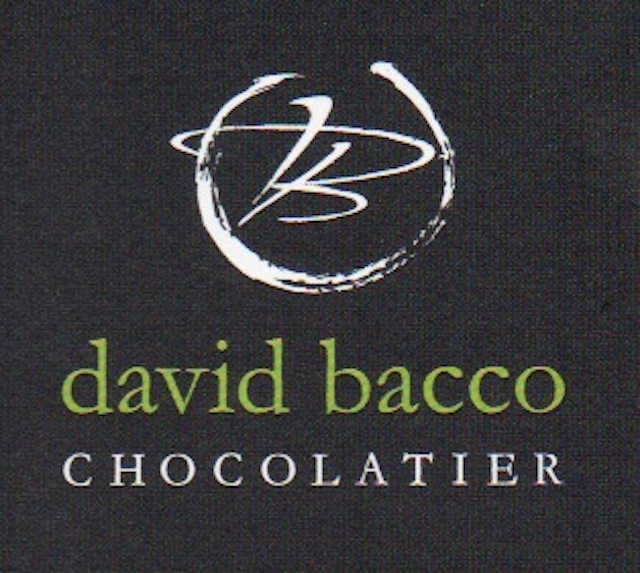 Impact
Some seriously ostentatious language accompanies this boxed assortment to think that chocolate may be 'the food of the gods' but David Bacco is the God of chocolate.

With lots of pedigree -- the understudy to Jean-Pierre Wybau, Frank Kestener (a Croquers Club favorite & slated for a C-spot® review but melted down in transit), Oriol Balaguerr, & Stephan LeRoux -- Bacco might be a chosen one after all, which puts him in the same family as Moses, Jesus, Mohammad &, cacáo-wise for more direct chocolate lineage, all the Mesoamerican spirit figures: the quetzal (bird) deities, K'awil (the god of sustenance) & Ek Chuah (every cacáo merchants' patron).

Several modern chocolatiers however turn out to be false chocolate prophets, especially the self-anointed 'chocolate popes'... their pods falling far from the tree.

No such heresy here. Bacco sits closely beneath... an understudy in the understory that is cacáo's natural habitat -- the rainforested cathedrals. 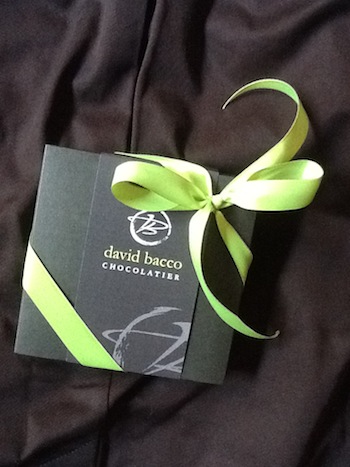 A box of solid craftsmanship that occasionally misses fusion points & a few inspirational ones too.

All in all, however, some very considerable goods.

Incantato - passion fruit charms the caramel out of Milk Chocolate until this brassy-tart swoons in their joint presence; spellbinding

Toscano - very fast progression but clear definition as lemon goes high on the basil which in turn subdues it, the 2 settling into an herbal-citrus móle of brooding intensity in the finish; a sharp brawl

Montserrat - a one-two punch of allspice, then smoked chili burns a trail to a bitter choc skid mark

Crescendo - an expert study in this all-Milk affair of smooth layer of gianduia finished by a percussive crunch of chopped almonds on top; all bravo