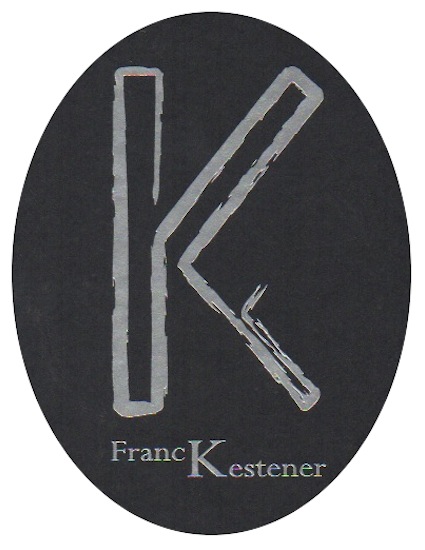 Impact
Alain Robert, the French spider man, climbs skyscrapers & other towering structures with his barehands / barefeet, often without ropes, anchors, or other safety gear. His wall crawls usually take about an hour.

Along the way he has suffered his share of bumps, bruises, falls, bone-shattering breaks, wounds, cuts, dislocations, etc.

Several assaults end in arrest with police citing Robert for wasting their time. (The solution of course is that the police should stick to crime.)

Kestener too can scale some heights, & takes some plunges.
Presentation   4 / 5
pop medley of pieces within a magnetic-enclosure box
a bit imprecise -- some bare-bottoms missed in the enrobing / overhanging feet, etc. 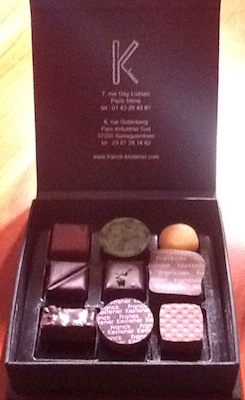 Ecorce de Tendresse -- the very name advertises cinnamon bark (ecorce) but the FX approximates lavender; either way, the spice just a pinpoint amidst a Milk Choc ganache of some bodacious, almost mealy, texture

MIstral -- named after the cold, dry wind from the north common in the south of France & Kestener blows poetic on it (Under a blanket of milk couverture, this Madagascar chocolate ganache reveals delicately fine thyme notes. In addition the warmer tones of yellow lemon zest. An explosion of flavor recalling Provence.); evokes in reality a collision of the Goths, crude & haphazard, the citrus & the herb clash & never really resolve themselves as they ultimately descend into a smoked pit roast; given Madagascan cacáo's inherent acidity, why bother adding zest?; misguided

Tornade -- a misnomer... promoted as a tornado of flavor when in fact this "pistach-i-pan" (for pistachio marzipan) acts quietly, in reverential tones, on the tongue, whispering sweet nutmeats between French tarragon & star anise; innovative evil genius & incredibly buxom-bodied too

Pulpeuse -- raspberry just jams in from front lip to final lick (including a little sorbitol cough-syrup) whereas the Grands Cru blend (from Trinidad, Ecuador, Madagascar & Ivory Coast) kick-back in a subservient though nicely supportive role; a vainglory in maybe the perfect imbalance