Addendum to the Sections on Africa and Hispaniola

The history of slavery involves a near-universal complicity: 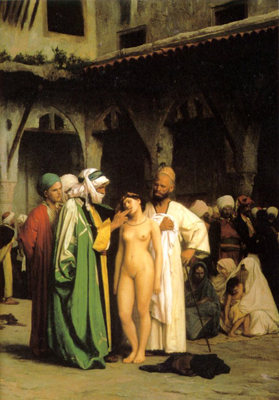 [1] Muslims were conveniently prohibited from enslaving other Muslims & had to overcome any religious scruples by adopting an anti-Golden Rule, which created built-in tension between a desire to expand the faith while resisting the urge to proselytize which would dry up any source for enslaving souls. They so well learned the ropes from their former masters, the Greeks & Romans, that the Islamic Caliphate & Ottoman Empire became masters of the trade themselves, for a thousand plus years, non-discriminating in enslaving ‘The Other’ – African ‘infidels’ & European Christians alike (including the famed Janissaries recruited via the Devsirme or ‘blood tax’) – with the children of Moses (a born slave), Jewish Radhanites, as middlemen brokers early on (the border coyotes of their day). Mohammad himself bought, sold, freed, & captured slaves, as well as adopted one – Zayd ibn Harithah – who became a close sahahbiyyah or ‘companion’ of the prophet (as opposed to many other sahaba, his contemporary Facebook friends). Likewise, the Qur’an too is conflicted. On one hand it condones discrimination as part of the natural order & sees the inequality of slaves (or abd in Arabic) as God’s grace (Qur’an 016:071); on the other hand it preaches that manumission or liberation (such as mukataba) is a virtuous act (mustahabb), exhorting to treat slaves kindly while in bondage, believing master & slave equal in faith (Qur’an 004:025) if not in society. In sum, the various madh’hab (schools of jurisprudence) considered a slave both a person & a possession.

Up until the end of the 19th century Islam maintained a dichotomy of ‘lawful in principle / regrettable in consequence’.

The very word ‘slave’ derives from so many Slavic peoples abducted during the Middle Ages & trans-shipped thru Western Europe down to al-Andalus in Iberia (Spain) & often onward to points in North Africa & the Mideast. Historian Robert Davis calculates more than one million Europeans were snatched by Barbary pirates, devastating & depopulating much of the northern Mediterranean coastline, advancing a powerful case for religion & ethnicity rather than race as the basis for determining who became slaves. And gender too: slaves for sex as much as for labor was behind much of Islam’s desire to own them, & explains a slave-population counting 2 females for every one male.

The East African slave market pre-dates the Transatlantic by centuries, many of those victims destined for Arabia or farther east to India where slavery did not exist, that is, until the Islam Conquests of the 700s. According to the Greek historian Arrian writing 500 years earlier, “This also is remarkable in India, that all Indians are free, & no Indian at all is a slave. In this the Indians agree with the Lacedaemonians (Editor’s Note: Sparta). Yet the Lacedaemonians have Helots for slaves, who perform the duties of slaves; but the Indians have no slaves at all, much less is any Indian a slave.” Of course India has its caste system & the Dalit (Untouchables) would no doubt argue with this romantic portrayal.

Habits are hard to break as Sheik Saleh al-Fawzan from the fundamentalist Wahhabi sect attests. A member of the Senior Council of Clerics in 2003, Saudi Arabia’s highest-ranking body responsible for the country’s religious curriculum, al-Fawzan contends, “Slavery is part of Islam… part of jihad, & jihad will remain as long there is Islam.” Dr. Abdul-Latif Mushtahari of the prestigious al-Azhar University in Cairo likewise teaches that Islam retains slavery for two reasons: “The first is war… The second is sexual propagation of slaves which would generate more slaves for their owner.” 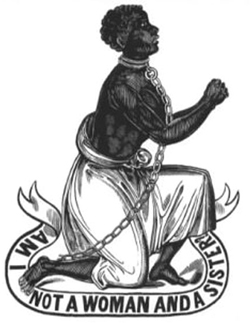 [2] Similar to the rest of the world, slavery in Africa was so endemic it was institutional, a qualitative difference however being that slaves in some ways approximated indentured servants endowed with legal options & manumission opportunities which could materially improve their fate. Practically every major African kingdom & society was comprised of an enormous slave class, typically at least one-third of the population. In several, the slaves outnumbered free-persons just as they did in ancient Rome. In Zanzibar they represented possibly 90%. Slavery between kingdoms became sport & spoils of war that developed into an internal network. It reached such high-stakes that it diverted development in other areas, be it commerce, art, or social organization making for a Pan-African disaster or maafa in Swahili. Neither the Transatlantic nor Trans-Saharan slave trade could succeed without the complicity of African leaders given how they enjoyed near technological parity in weaponry offering fierce resistance, & proved immune to Arab & European diseases that would befall Amerindians (in fact, just the reverse dynamic took place with Europeans who were susceptible to African diseases). Both factors prevented foreigners from colonizing it for centuries. Prof. Henry Louise Gates Jr., so vested in racial studies & politics, acknowledges the roles played, way beyond mere accomplices, by African societies that operated the slave nexus as a major source of foreign exchange. Pop histories usually relay that the trade-triangle connecting Europe, America & Africa was about guns ‘n rum & enslaved humans. Firearms & alcohol each accounted for only 5% of the total goods. African kingships could be quite particular in their wants: no Caribbean sugar, please, just textiles. And not any old cloth will do, but fine fabric from India &, better yet, make that Coromandel cotton. They wanted top-shelf in exchange for “their people” which shaped this triangle into a global dimension, impacting Asia as well, to encircle the whole world. Pre-Civil War Frederick Douglass argued against repatriation for freed African-American slaves on this very basis: “The savage chiefs of the western coasts of Africa, who for ages have been accustomed to selling their captives into bondage & pocketing the ready cash for them, will not more readily accept our moral & economical ideas than the slave traders of Maryland & Virginia”.

Every direction on the African continent pointed to slavery. Congolese intellectual Elikia M’bokolo wrote that it “was bled of its human resources via all possible routes”:

[3] Europeans did not invent slavery (that distinction belongs to ancient Egypt or before) & they were victims of it themselves but the Transatlantic slave route was arguably the cruelest & most wretched, just as the Holocaust perhaps the most systematic genocide, & why it receives extra notoriety. A reality horror-show of inexorable barbarism, & worse, directed by European slavers lasting almost half a millennium. Controlled by the Portuguese into the 17th Century on account of the asiento (contract) granting Portugal an exclusive to cart slaves to Spanish possessions in the New World where, more bad news, the Requerimiento (Requirement) in 1510 invited Amerinds to ‘voluntarily’ see the light, convert to Catholicism or else… make war “in all ways & manners” on pain of slavery or death.

Later the Dutch would dominate &, never to be outdone, the British too got into the business. The Royal African Company was granted a monopoly by the Crown & let it be known by branding slaves with ‘RAC’ on their chests. Sir Francis Drake, knighted by the queen, pioneered the ‘slave triangle’, shipping manufactured goods from England to Africa in exchange for slaves who’d be sold in the Americas for tropical produce consumed back in Europe (cocoa, tobacco, sugar, cotton, etc.). John Hawkins, chief architect of the modern Royal Navy that would rule the high seas & defend a vast empire, was a slave merchant who wrote about the details of his 3rd voyage (1567-69) in An Alliance to Raid for Slaves.

In a reverse-twist to history, the very class that benefited perhaps most from slavery evolved to end it as years later this same navy enforced laws imposed upon Africa by European conquerors that abolished the slave-trade during the 19th century, particularly the West African Squadron fleet based in Freetown (Sierra Leone) which interdicted over 1,600 slaver ships, freeing at least 150,000 Africans. Upon hearing this, the King of Bonny (now part of Nigeria) was reportedly horrified to say: “This trade must go on. That’s the verdict of our oracle & priests. They say that your country, however great, can never stop a trade ordained by God himself.”

Whereas the ancients typically conjoined people & objects into commodities for exchange, their distinction & future separation was rooted in Greco-Roman philosophy endowing individuals with personhood, followed by Christianity’s catholic activism of humankind made in God’s own image with a sacred soul. St. Paul’s Letter to Philemon then argued the case to set them free. Of course a glaring denial lay in slavery. That such hypocrisy gnawed at the intellectual & moral foundations of the West (& practically nowhere else – neither Africa nor Arabia nor Asia) gave proof to them. And precisely why abolition rose to such a mighty cause there. 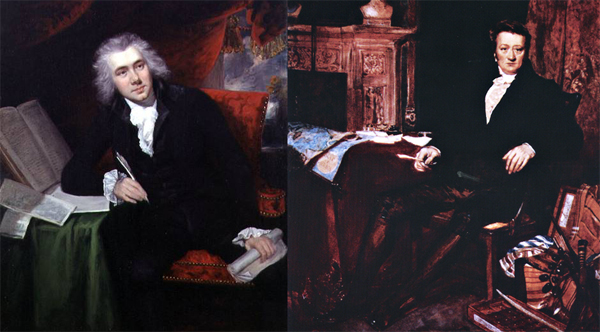