This Tuesday’s Takeover: An Invite to One of Chocolate’s Truer Settings; Best of the Latest Reviews; Still to Come… the Really Big One

Many thanks to Marisol Slater & all her colleagues at the Chocolate House DC for hosting the DC Chocolate Fest last month, & to everyone who participated in our wild presentation.

Speaking of which, besides traveling to DC, we’ve been developing what could very well be the most ambitious & exciting project in all of chocodom — perhaps the biggest & greatest (among other superlatives) chocolate show on Earth! Confirmation bias or just the facts? Details coming soon.

Building on our experience with chocolate & spirits, we’re joining some eclectic forces for a salon this Tuesday. No gobsmack pigout or fuzzy-academic choc talk, this the once (& future?) chocolate setting. Who knows, maybe a roadshow in the making. Come thru if you’re in the area. 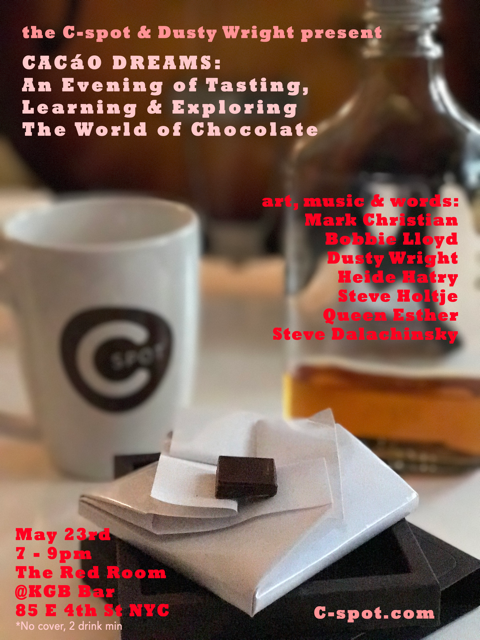 In between each stage of our chocolate dreams — entertainment to cleanse more than just the palate… such as an original chocolate-inspired piece from critically-acclaimed poet Steve Dalachinsky; new music from “Afro-Americana” Queen Esther & singer-songwriter Dusty Wright; a special limited edition “chocolate book” by artist Heide Hatry (literally / figuratively, a book to read & eat); & the world premiere of a new short classical work by composer Steve Holtje. 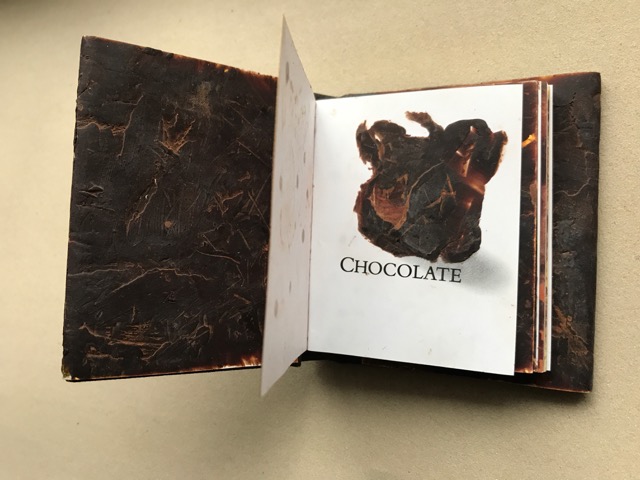 Sirene… the Tesla & tessellations of chocolate

Puerto Rico the new Venezuela for chocolate? Criollos — plural — abound all over it.

PULSE by Bar au Chocolat… an infused brew unlike any other