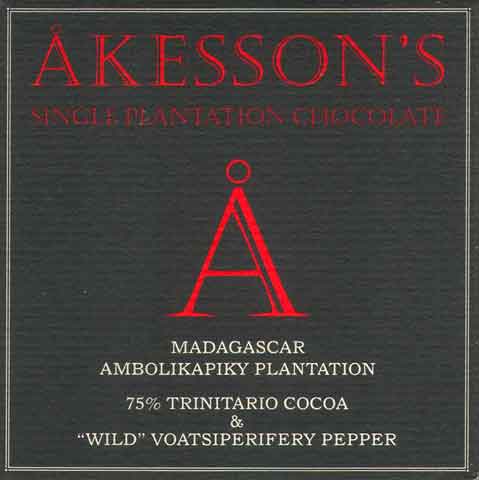 Impact
Just the very word looks Teutonic – long & multi-syllabic invoking some kind of hot forbidden fruit (versus the cold apple of knowledge that Eve bit off). It might fizz up some ecstasy when ensconced between a lover’s legs or simply whispered into their ears to heighten arousal (German can be oddly seductive like that sometimes). In a strange way it forms an onomatopoeia – trellises of itself.

Voatsiperifery... rarest of peppers, so uncommon that as of Winter 2010-11, Wikipedia had no idea of it.

Grows exclusively in Madagascar among the “wild” tropical forest (quotes because it’s harvested on Åkesson’s farm). Only the young shoots on top produce fruits (the ‘Voa’ rather than ‘verboten’), handpicked by villagers – no small feat considering this creeping vine can climb 20+ meters high (roughly a 6-story building). 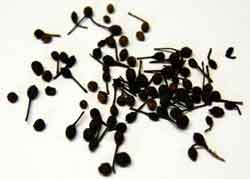 Voatsiperifery... creates beautifully lasting effects without violence (unlike so many chilis that cause destruction, this has bite without the sharp teeth); just a kindling of warm heat, & the rest a reserve of savored flavors in a sturdy, well-built Saab of a bar (Åkesson is Swedish).

Could be telling with a rack of lamb + white ale or ca reamy wheat stout to go along. Better still, pair Voatsiperifery with a cacáo of deeper core chocolate than the usual brightness of Madagascar (as is, there’s really no anchor, though it does, on the plus scale, extend Voatsiperifery’s own overtones), & at a percentage more in line with vanilla (typically below 1% because 2% overstates it).

Irregardless, a welcome introduction - right up there with a new discovery - & contribution to world flavor.