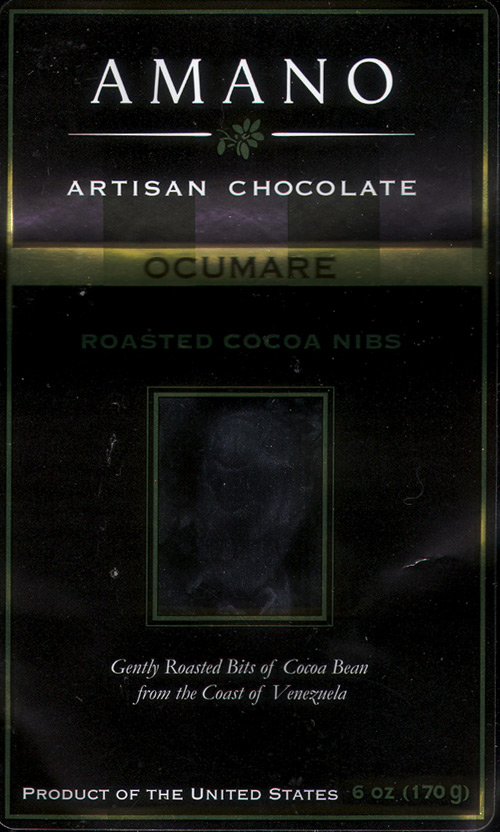 Impact
‘Ocupuncture’... healing Nibs. A recent study points up that acupuncture works better than standard treatments to relieve pain, & the benefits remain the same even when patients are merely prodded with toothpicks (practitioners apparently have been wasting too much money on needles). To prove the placebo effects, try poking & needling the tongue with these Nibs instead. Swear it: they work wonders & perform medical miracles.
Appearance   4.3 / 5

The citric bump seen in the label’s Ocumare 70% bar can be gleaned here also, even as it lacks the hyper-excited ticklers of, say, Madagascar Nibs. Then again it never turns against the palate as most of those do (thanks to fewer polyphenol compounds - the Criollo chemical advantage). Always under control, delivering soft-driven complements instead.