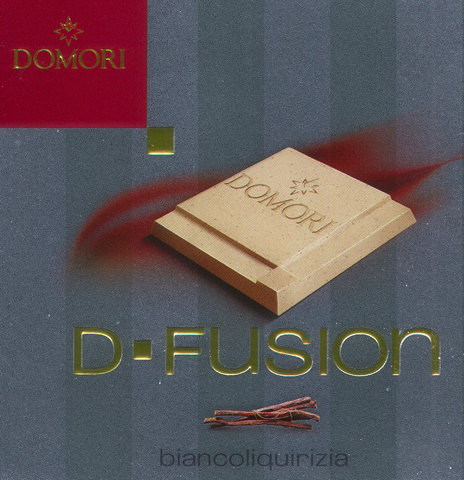 Impact
White Chocolate is criminal to the hardcore Dark cognoscenti. They think it should be illegal. Hmmm, if lines of uncut cocaine & black-tar heroin-balloons tasted this sweet together, we’d all be getting high for breakfast (actually, some of us are).

And were it to have the same effect as those two controlled substances, the 5 Families comprising the NYC Syndicate would be working for Domori... who ain’t saying nothin' or cooperating at all (true omertà honor-code) - about the secrets contained within because he knows they’re just a bunch of guys killing their best friends. (Witness protection program? Good luck.)

Not a White for pure White-lovers either. Made for only a select few who understand the total, masterful control of flavor, texture & physics. An exercise in an unlikely flavor combine, right up there with the Mormon Tabernacle Choir singing ACDC’s Big Balls.

... above & beyond: a bar that spurs Spock to a cold start of the warp engines with damaged dilithium crystals. “F-me, Jim, it worked…we’re @ Warp 9.5”.

Theobroma cacao may be the food of the gods from which all chocolate derives but the nose on this lends credence - only preliminarily & temporarily - to the Dark hardcore groupies' fear that the gods have stolen ‘real chocolate’, extracted out the good stuff for themselves & their angels’ share, leaving behind for us mere mortals only its relatively bland oil which hardens into cocoa butter – the base for White Chocolate confections. Were it not for that, this would be pulling down all 5-pods on the seismic meter of ratings.

An unexpected pairing that works on its own terms. No battle / clashes of these titans; a Vacheron Constantin of a bar - rarefied, controlled, precision-crafted. Domori backs off the usual heavy-handed cocoa butter / cream / sugar throttle experienced in most Whites. Spice / heat of the licorice bridged here by quality of ingredients, understanding of balance, & grace of the high notes between cacáo ‘n sugar.

Licorice blends almost invisibly & balances this bar of good White Chocolate instincts which tenderly tucks it in, subsuming its bitterness by transmuting into savored elements, then leaving only its sweet perfume Glycyrrhizin. No ordinary licorice could prove such flexibility & stamina. Domori employs a variety from Calabria located at the toe of the Italian penisula where the tradition of licorice making extends back for centuries... about the same length this Flavor lasts.

All so-called chocolatiers who blend pig fat with low-grade Callebaut & call it “cutting edge”… just STFU, taste this stuff, & LEARN. (TO: Vosges; FROM: Mr. Domori... just ripped off your head & dumped down your neck… without even breaking a sweat.