Impact
Seduced under the starmilk skies at the highest flavor Flav-Level 9.5... to vault this into ratings-heaven.

… I was a Flower of the mountain yes when I put the petals on my hair like the girls used or shall I wear a yes & how he kissed me & I thought well as well him as another & then I asked him with my eyes to ask again yes & then he asked me would I yes to say yes my mountain flower & first I put my arms around him yes & drew him down to me so he could feel my breasts all perfume yes & his heart was going like mad & yes I said yes I will Yes. - to paraphrase Molly Bloom's Soliloquy in the 18th & final chapter of Ulysses by James Joyce 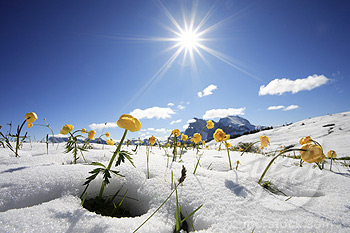 Low-dose Milk Choc is rather inhibited & can get by with middling or even bad cocoa. Any aromatic errors are usually forgiven because cocoa plays only a secondary role since sugar & vanillin will transfer well enough to cover its vulnerabilities. The production of high-percentage chocolate presents a challenge; the cacáo in it must be honest.

And this is... perhaps nowhere near the daring of Dark-Milks from, say, Mad or PNG, this bar still has it – the super-simple chocolate displayed in Zotter’s Nicaruagan Dark (no small chocolate, just uneventful) while washing its riverbank stench away - & enough of it to withstand the demands of high-percentage chocolate.

Like its Dark bar parent, very little vacillation in the chart graph, just hits the spot on the flavor wheel & holds it... predictably in line with its base chocolate character.

In some ways, its extreme evenness works massive wonders on the other components that comprise this elaborate MC (Tyrolean mountain milk, Paraguay sugar), allowing them the time to catalyze then nucleate phenomenal harmonics / overtones (especially the rich Ugandan vanilla), that the contrasts taste starlit.

All the technical points – the darkly finessed roast / the deceptively coarse conche - forget them as mere black horizons along this alchemist’s cauldron.

Grenada may be the ‘spice island’ but Zotter just imported it – wholesale – moving it mainland to Nicaragua. That’s how disorienting it feels here. The saltshaker listed in the ingredients must’ve been mislabeled & contained a portable spice shop instead, as if transported out to Arabia via Spain – the original gateway of all European chocolate. Of a festive-holiday clarity to send Amano Art Pollard’s Dos Rios back to his Bergamot powder room to hit the re-fresh key.

Whatever the case, spiced or unspiked – honesty or chicanery, this so superbly well-measured & melded it hardly matters.