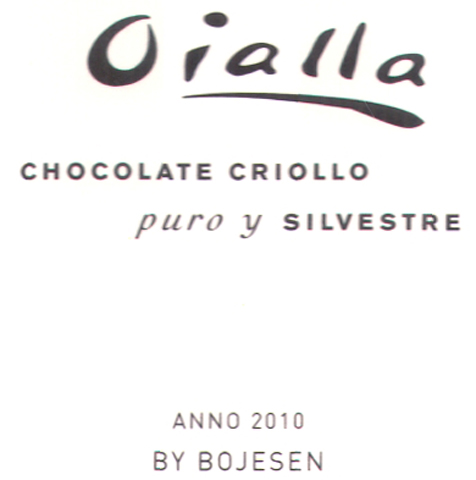 Impact
Apparently Volker Lehmann of Rainforest Exquisite Products roams far from being alone in the forest sending out experienced inhabitants to wild-harvest Bolivia’s renowned cacáo -- first seen in the artisanal circles with Felchlin’s Cru Sauvage. Sumar, a Bolivian company, also promotes sustainable Amazon business ventures atop the chocolatal or cacáo islands set amidst the Rio Bení. It serves as a purchasing agent of Grade B cacáo (basically whatever Volker declines) hauled in from the surrounding fields & brought to the market towns of Baures & Trinidad.

There Rasmus Bo Bojesen & his wife Pernille Lützhøft (+ kids in tow) linked up with them to bring this bar to fruition in the spirit of Dr. Ramón aka ‘Ché’ whose promise lives on in Bolivia’s President Evo Morales. Both men knew a thing or two about agriculture (Morales worked the coca fields; Ché fought for collectivization).

It then was couriered up north by a co-chocomane after mining the cacáo-underground on a trip to South America... that is, just another day in The Chocolate Life of Sir Clay Gordon (beknighted here for his daily exploits that have included, among other manifold activities, engaging in spirited exchanges with anyone & everyone in the world of chocolate, all in the quest of raising the bar & 'achieving our chocolate' to paraphrase John Dewey).

Never mind now that the forest dwellers who picked the pods that had once borne these seeds made into this chocolate spend their money earned from them on beer & babes. Everybody after all must get stoned in humanity’s quest to avoid pain. It’s just a matter of selecting the pleasure(s). The more the merrier... until over-stimulation leads to exhaustion & depletion.

No worries. This bar -- an early prototype -- holds so much hope for a rebound it even lifts the specter of DNR (Do Not Resuscitate).

Whoever thought chocolate was only candy must already be dead.
Appearance   3.4 / 5

The lone drawback – Texture (& minor at that) – follows the course of most Benianos... whose characteristically slow release serves only to prolong the sensation for the better.

Bojesen taking the craft down... into seriously deep subterranean depths. Let's hope they keep it up as this prototype goes thru its commercial production runs.

Indeed, the beta-bars show better breadth along with depth than the initial commercial releases, as well as better Texural feel reflected in the higher scores here.