Impact
Kiss this: super-satisfying hi-brow candy bar. A sugar-tempest in a milk bar really, that instantly de-hungerizes cravings with the same syncopated ‘3 against 2’ dimensional-squeeze captured in Klimt’s Der Kuss. 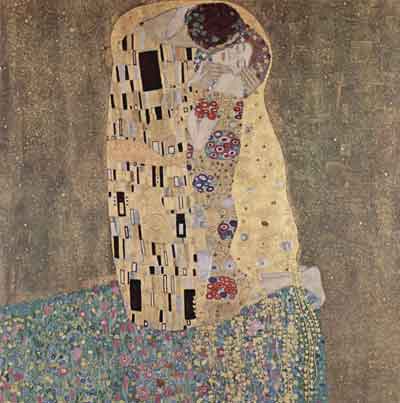 Aroma   8.9 / 10
old money: slow butterscotching caramel-cream spiced precisely in vanilla -> toasted corn & shredded coconut -> fleeting floral offset (lilac) against fab coffee-mahogany but also a little fish-hook
Mouthfeel   13.3 / 15
Flavor   46.1 / 50
immediately catches classic Milk Choc -> caramel waxes the deck for a rare fruited Milk Choc (pineapple + chupa chupa) -> candy corn -> buttered almonds... drifts off into a Milk Way™; corona of white-flower honey-petals in the aft-blast
Quality   19 / 20
Cristian Melo studies the language of chocolate. He spent his childhood in the tropics & makes repeat journeys back to them. His advice: all the print on the front, & especially the backs, of bar packaging should be read as pure propaganda. Stock terms meant to sell buyers a fantasy of what they want to hear, rather than what actual occurs on the ground because IF you’re on the ground in the jungle, it’s the jungle, baby, & very few humans can hack that.

Of course Big Candy never tells this sordid tale, that that sweet treat chocolate comes from tropical hell. Nor most “fine-chocolate connoisseurs” who discourse over ‘notes’, heirlooms & rainforests (we plead the 5th). And perhaps the worst offenders / predators is the “raw-chocolate” tribe who tries to convince the unsuspecting public that everything raw arrives from “organic”, “sustainable”, “Fair-Trade” oompa-loompas beating cocoa into jelly beans with clubs abandoned by cave-men.

So when Josef Zotter releases this piece of PR, naturally the antennas on the shit detector raise up:

Manabí “... the name as beautiful as the beaches on the Ecuadorian Pacific coast. Esteemed throughout Ecuador for the floral character of its archetypal Cacao Nacional. In Manabi, it has been cultivated for a long time. The mixed culture of growing cacao with other plants has become rare. But here the cocoa grows surrounded by shade trees that protect it from the scorching sun of Ecuador. Cacao doing its part to protect the organic farming in the rainforest.”

All of it laughable BS except, fortunately, anyone who knows the well-preserved old-groves in & around Manabí, under cultivation by the Fortaleza Del Valle cooperative, as well as understands Herr Josef Zotter, can rely on their integrity. What reads of marketing copy straight from a romance novel turns out to be unbelievably true... in this particular case.

Manabí, a dry province experiencing very little rainfall / humidity except for the Rio Chone Valley, fought a regional rivalry with Guayaquil prior to the latter’s port becoming associated with the fable of ‘Arriba’ cacáo. It was Manabí’s main port that once shipped the indigenous ‘Bahia de Caraques’ cacáo that made Ecuador’s chocolate famous & its liberal citizens wealthy. In fact, they financed the revolution with cacao & straw hats.

Some of those relics still stand, crafted by Zotter into this global assemblage: Ecuadorian cacáo, raw cane sugar from Paraguay, vanilla of Uganda & milk drawn out Tyrolean cows -- all of it mining the taste buds to spring up.

Where Zotter’s Ecuador 60, another Dark-Milk, levels a blitzkrieg of salt, this links up in an anschluss (of the good kind), an expert cut of salt enhancing the other well-portioned components, including a heavy dose of sugar that otherwise would cloy this bar to a toothache, then a root canal. Rarely known for intensity, even at this 50% cacáo-content, enough chocolate presence beautifully influences the progression.

A strong yet sensuous Milk Chocolate kiss harkening back to a heritage that pre-dates the Hershey’s™ variety.