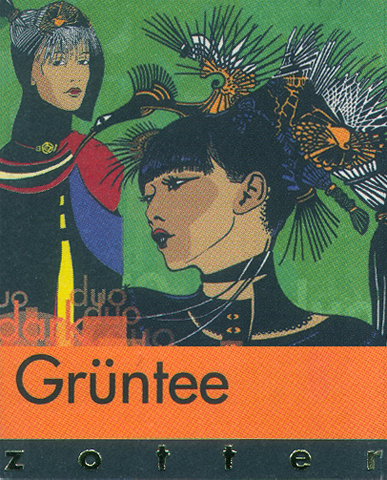 Impact
The wrapper might as well be a shroud for what deserves a chalk outline. DOA... right after a freak, dry-hit bong without any water or liquids whatsoever led to its death-rattle cough.
Appearance   4.1 / 5

Zottercocoasamurai... chocolate bar-smith Josef Zotter seems to be doing some medical reading these days on the “miracle drug” (green tea), supposedly the cult drink of the samurai. According to Dr. Zotter, it strengthens the immune system, thins the blood & thus safeguards against cardiovascular disease, regulates blood pressure & prevents dementia. (Hmmm, smacks of all the cacáo research studies making news lately). Furthermore, thru a combination of theanine + caffeine, matcha simultaneously alerts & calms. Ideal for students, business, athletes or operations of, again, the Samurai.

Then he shifts into geisha-mode like our friend Mack Domori -- handling green tea involves a delicate ritual: spray with steam, then dry immediately.... thus captured the sparkling green tint. A Dark Chocolate would swallow bright colors so only cocoa butter serves as the chosen vessel + a slight trace of sesame. 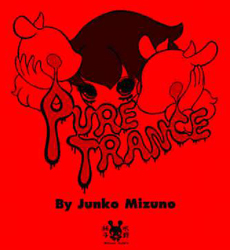 By now in this saga Zotter ventures into Pure Trance territory of Junko Mizuno, ‘pure trance’ being the cause of sending people on an over-eating binge (Samurais occasionally could weigh in as big Sumo-type guys).

Fat chance here though as this gets obliterated by a total mismatch of soy protein just savaging -- everything. None of the spiced fun found in Zotter’s other soy bar, nor the beauty within his White Chocolate Kokos.

Those steps taken to capture the essence of Matcha got annihilated in this sludge-match which, if wet, would turn to green slime.

Hurts to say, because nothing in Zotter’s otherwise considerable portfolio prepares for this.

Gruntëe has a whole new meaning: a bar that commits hari-kari on itself.