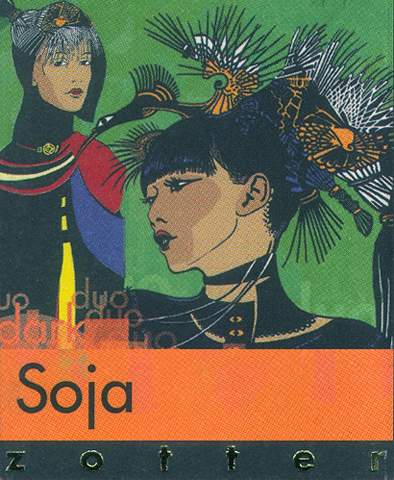 Impact
The smoothest yet also most unlikely composition of the Austrian ‘Alternative Milk-Choc Quartet’ (along with Stuten (Mare), Schaf (Sheep), and Ziegen (Goat)) conducted by Maestro Josef Zotter. It creates that proverbial silk purse (embroidered no less) from a sow’s ear (or from a soy’s bean here).

European music revolved around Vienna for a couple centuries where everyone from Beethoven, Haydn, Strauss, Schubert & Brahms to Mahler, Webern, Berg played/stayed. Among the pantheon of Viennese geniuses, the handiwork in this bar emulates the most preternaturally gifted: Mozart.

Before he became a household name the world-over, forevermore, synonymous with ‘classical’, Mozart was the great change artist of his era. Precocious & inevitably prodigious, the man to put Baroque &, to a much lesser extent Bach, in the rear-view mirror. The very definition of classic – a universally accepted standard of excellence, in whose hands the base materials of Twinkle, Twinkle Little Star (which he knew as the French folk-tune Ah, vous dirais-je maman) would turn into serious piano variations (check out 12 Variations – from this improv boy, well before jazzz ever burped a birth note).

A bar overflowing with lilting lyricism & abundant melodies to be operatic. Beyond the Marriage of Figaro (spiced figs in a Milk Choc – getouttahere)... a fantastic marriage of beans (soy & cocoa).

Imagine the tones of the Magic Flute that tames beasts in the breath of that dissolute seducer-assassin Don Giovanni. Zotter puts these beans thru "The Temple of Ordeal" ("Hell's vengeance boileth in mine heart"), worked to enchantment by surviving the trials of fire & churning of chocolate liquor.

Then think how much different the secco recitative right before the ensemble duet “Là ci darem la mano” would’ve been, a dialogue instead of a virtual lecture, between the wily nobleman Don G & the sinister ‘Queen of the Night’ – both worldly-wise - rather than with a paesana (peasant girl Zerlina). A quantum shift in emotional temperature, with the Queen potentially devouring her subject & the Don G possibly vacillating, looking for an exit to withdraw. No lines of ‘o, darlings’ & sweet trembling hearts, just pure passions... a raw ristorar le pene (taste of pleasure).

Just as Wolfgang worked the socio-political vacuum he composed in (while revolutions brewed right at the doorstep of his studio), this bar too operates outside the warp speed interlining today’s digital-media & mania. A ‘slow fast-food’ that will force consumers into their own Temple of Ordeal... to suffer the test of silence.

Aroma   9.7 / 10
any expectations of a strict vegan-constitutionalist dashed by this aeromatically gifted candy-bomb: cinnamon Red-Hots™ & cherry-licorice Twizzler™ sticks riding the rainbow skittles action of magic soya-cocoa to a wild gingerbread-fruit cake; adorable / phenomenal / ridiculous
Mouthfeel   11.9 / 15
Flavor   44 / 50
what you scent is what you get... only stronger, held longer thru the soy factors (powder + emulsifier), seemingly the germinal cells from which all movement grows, to stimulate these spiced velvet tones that counter the waxen Texture -> figs & walnuts at the back
Quality   17.8 / 20
Realized with soy milk instead of dairy or some other mammal. Bright-breaking Milk Chocolate science. Uncannily surreal, as if GMO-soy with the addition of spice & fruit nuclei. Either that or something in the Austrian air &/or Zotter surreptitiously flavored this bar, then mislabeled it.

The only hint of possible explanation would be a magic-conche to ideally coat every single soy particle in cocoa butter. Even that would only be a partial insight.

A tremendous confection if a bit overbearing in the way it spice racks this bar.