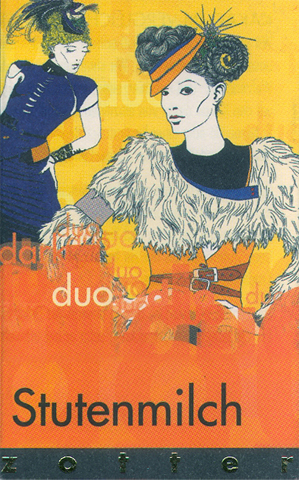 A self-taught composer, he served in the Austrian army then sought to be equally militant with music, virtually destroying Wagner’s tonal chromaticism that drenched Vienna at the time in a radical break from the past. Odd considering Schönberg authored a textbook on tonal harmony! show more »show less «

His new musical idiom – atonality, first heard in his 2nd String Quartet (1908) – wobbles free of any tonal center or organizing key signature as well as musical motives (the stuff of symphonies for centuries) which Schönberg "pitched"... as in replaced with just pure equalized pitches, ordered in a pre-determined ‘tone row’ called serialism. Method-music, he thought, that would “assure the supremacy of German music for the next 100 years”. It might’ve except for a messy bloody affair with Nazism & WWII.

Neither haphazard nor randomized serialism often registers that way (when in fact it's quite the opposite). Most heard it as Hindemith felt: “Difficult, esoteric, & isolated”. Or pianist Gregory Sandor’s view: an error, an aberration, of Western composition.

But if it could move Glenn Gould, the great Bach interpreter, to perform Schönberg’s Suite for Piano Op. 25, then audiences should listen too.

Indeed, a certain Neo-Classicism operates within atonal pieces, reviving some of the ideals & even techniques of the great 18th century masters (Mozart / Haydn). Music-for-its-own-sake, & sound on its own abstract terms rather than picture-painting & storytelling that overtook the Romantics; re-set to new pitch, rhythm & form (serialism substituting for the Sonata, Fugue, Suite, etc.).

This Mare’s Milk Chocolate possesses all the cerebral charm (if such an oxymoron were possible) of Schönberg’s atonal landmark Pierrot lunaire (‘Crazy Pete’). Specifically, the anti-song Mondestrunken (No. 1 ‘Moondrunk’), a chamber-miniature lasting less than 2 minutes.

Similar to the Charlie Chaplin-like Pete, a broken-hearted clown caught between tears & laughter, it reeks of high symbolism (a thundering number, the horsepower, & the sweet fantasies of unicorns) but also intones too sweetly, a wild lunatic that strays off course & goes awry.

Dissonance then descends into sugar-coated somber. To borrow freely from Pierrot’s lyricist Albert Giraud: The chocolate one eats first with eyes / Jumps frightfully from the mare in waves / A springlike gush that overflows / desirous, tremulous & sweet / numberless, thru the deluge / over whose head it clods & kicks / of chocolate one’s eyes first eats. All the elements are there... economical in form, lucid in texture, clarity in expression... in need of equilibrium.
Appearance   4.7 / 5

Known mainly for cosmetic & medical healing - Genghis Khan powered up on Mare's Milk in keeping with Mongols drinking it with their salty tea for centuries; & that milk & honey bath of Cleopatra... probably mare’s milk - though less so as a nutritional food due to scarcity & expense.

Yet another milk touted for its close nutritional composition to human breast milk (also cited for goat & sheep). The familiar litany runs ‘easier to digest, more suitable pH levels, lower fat content...’ But mare’s milk actually contains more lactose (unless fermented) & possesses laxative properties (as does cacáo for a double-whammy effect in this bar). Milked several times a day in a very time-consuming collection, mares have only 2 teats (compared to a cow’s 4) located directly between their powerful hind legs, producing but a quart per day, most of which goes to the young foal(s). To illustrate, if women were built like horses, they’d look like this (thank you Don Burleson):

If that’s a turn off, think of what women would look like as cows. Then ask this symbolic question: based on appearances, form & function, which appeals more – a horse or a cow?

Alternatively, given a choice between them for reincarnation, which one would you be? So why do humans persist with cow’s milk? Something about dairy cream fat just salivates the senses in this Age of Generation XL.

Mare’s milk tastes thinner / sweeter... closer to the water than to milk. Zotter therefore rides very easy in the saddle, a gentle hand on the girdle (conche) & griddle (roaster), prompting another question: why surround it with a higher 57% cacáo & less milk (16%) than, say, his Goat Bar which is just 45% cacáo-content but 20% goat's milk, when goat flavor traditionally intrudes more heavily on a chocolate?

To prove a point of his high craft?

The simpler answer: this just gallops out of the stables at uncontrollable hyper-velocity, any urge to merge with cacáo overpowered by the inherent sugars in mare’s milk. Add to that the roughly 23% cane sugar, & this amounts to an über-sweet MC parading as a Dark-Milk. Given mare’s gentle character, Zotter thought well in theory to squire it with a compatible cacáo (probably the Nicaragua Matagalpa) & pack it with some salt instead of vanilla. But the execution stumbles in practice. Mare’s milk needs stronger, more masculine chocolate to back it. Could easily tolerate an ever higher cacáo-count (mid-60s at least), cut down on the cane sugar, keep-the-salt / ditched-vanilla format, & better stage the mixing of components to reduce that sand Texture.