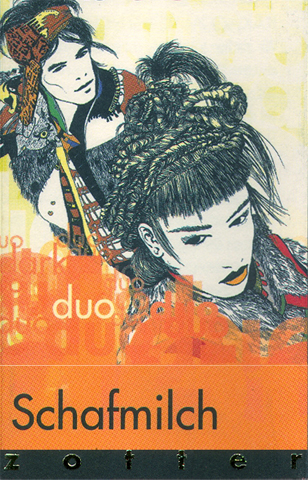 Impact
The Haydn in Zotter’s Alt-Milk Quartet (Zeigen [Goat], Stuten [Mare] and Soja [Soy]). The one who gave decisive shape to his era’s great form – the orchestral symphony which replaced the concerto grosso. In particular, Symphony No. 48 – heartfelt as much as stately & proper pouring all over its score – nicknamed “Maria Theresa” after the Austrian Empress who sent her daughter Marie-Antoinette off to Paris to play host at Petit Trianon while taking chocolate with courtiers frolicking in between its manicured bushes.

Too early back then for a Milk Choc bar, that happened starting in 1879, but possibly a Milk Choc drink... Haydn traveling to England in the 1790s might’ve come across that where the Milk Chocolate beverage was believed to be invented. Ditto the Empress.

A symphony with lots of brass, an ode perhaps to her grabbing the bull by the horns but, alas, no olé as they say in the ring. Being bored with it, however, is a personal fault.

Suitable too for kuhmilchunverträglichkeit – another of those impossibly long German words meaning ‘lactose intolerant’.
Appearance   4.7 / 5

Aroma   8.4 / 10
Ben & Jerry’s™ & Josef’s (the latter for Josef Zotter): fresh-packed vanilla vice-cream with thick caramel swirls -> deep, rich butterscotch toffee -> labdanum (that woolen complex of roserock, ambergris sperm whale musk with some lavender / plum + oak for good measure)
Mouthfeel   12.8 / 15
Flavor   42.1 / 50
getrocknet (German for ‘immediately’) on lemon verbena -> Indian candy corn (glucose without the HFCS) -> candy malt -> corona of breadfruit & white sapote -> light spice cake with snippets of dried apricot -> donut dough
Quality   15.9 / 20
All the constituents in a pretty revealing, by way of a more linear than symmetrical, display: the inherent spice of Nicaraguan cacáo; the sublimated fineness of Peruvian; & the milk, in this case sheep’s milk. The latter requires some sensitivity in the rolling & conching because sheep, despite their reputation, produce milk with more kick than cows. Richer in both fat & protein, as well as many vitamins & minerals (twice the clacium & B vitamins, for instance). Hence, this compound-chocolate slightly cloys (though nowhere near the brute encounters of Zotter’s Stuten MC - from horse’s milk), listing a bit off-kilter in parts & pulls the wool over the taste buds a bit.

In exchange, plenty of amplitude for hi-def flavor.