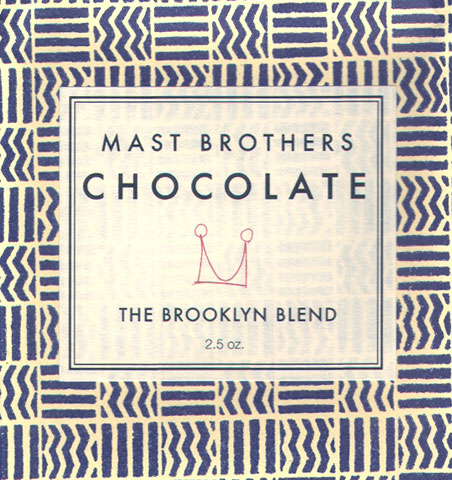 The Bros raise their mast sail high & cast a wider net beyond the single-origin fetish that rules the current chocolate scene. Brooklyn goes international like that because people born in those places -- as well as all over the world -- migrate in a tidal bore to live around the ‘hoods across the river from Manhattan.

A bar that plows up the term terroir, adding new dimension to it, making a ‘sense of place’ ever more... well, evasive... strangely foreign in an entirely down-home way.

It returns the Mast Bros to what they do best: expansion rather than limitations to their culinary skills in blending diverse ingredients together.
Appearance   3.6 / 5

Though nearly a complete blend, it's far & away from the most compatible. The Madagascar component particularly sticks out so by the end it almost leaves the rest of this rich, super geo-natural phenomena behind. But, again, the centripetal forces hold enough to prevent this bar from flying off all over the place.

Mast Bros: expect the unexpected... in this antidote for boredom.