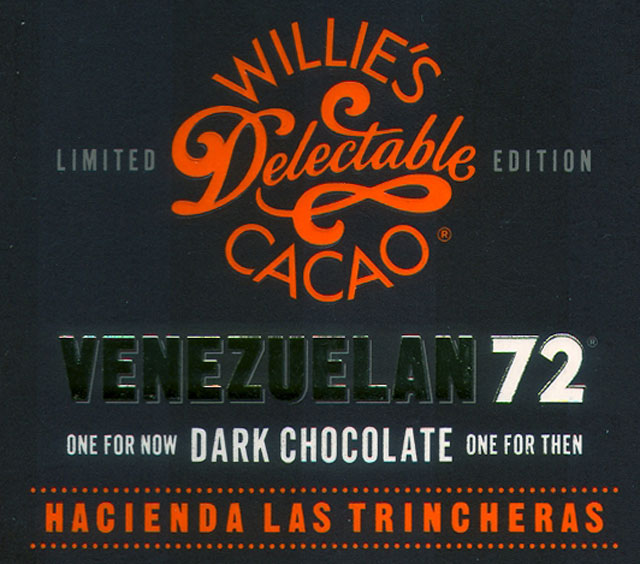 Impact
William Harcourt-Cooze (the Will behind Willie’s) entertains dreams of self-grown cacáo, harvested & cured on property in which he has a stake in Choroni, Venezuela. Hugo Chavez & land reform programs have other ideas (such as everything belongs to the State).

So when supply dries up, Willie does some maneuvering to affect the shifting allegiances of Col. Thomas Blood between the Cavaliers vs. the Roundheads during the English Civil War. He can be forgiven then for viewing Venezuela as the current cacáo equivalent of the Jewel House in the Tower of London where, in 1671, Blood unsuccessfully attempted to steal the crown jewels. Caught in the act red-handed, King Charles nonetheless pardoned him either as a form of hush payment to quell Blood’s supporters from any further insurrection, or maybe because the monarch appreciated the sheer audacity of the heist. More likely, however, may be that they were co-conspirators, seeing how the king himself was nearly broke.

If only Charles ruled a hundred years earlier he could’ve banked off the Cacafuego (Spanish for ‘shit-fire’), the most successful pirate raid in history by Sir Francis Drake that made Elizabeth I a fabulously wealthy queen. She lived on the cache for the balance of her reign, never disclosing the full fortune from its hulls for fear of reprisals from the Spanish.

This bar is in that finest of British tradition.

Yes, the Brits have a way of evening the score, but as with any purloined goods vandalized in the taking, a bit damaged.
Appearance   3.8 / 5

That aside, this inevitably draws comparisons to Rózsavölgyi’s Trincheras since they’re the first bars on the premium market from this regional single origin. Where the Hungarian produces rare sightings (Poire Williams, cider &, less rare though no less inviting in a Dark, chocolate milkiness), Willie by contrast delivers brownies & bananas in keeping with a more plebian British interest. One very meticulous & studied; the other free & incautious.

Neither subverts Trincheras. Just the opposite: both present it in good stead. For Willie, however, the sense of remorse & regret in running low or out of El Tesoro cacáo from nearby Choroni seems to permeate to feel palatable, hence the relatively hasty processing? Or just the style of house-rules?