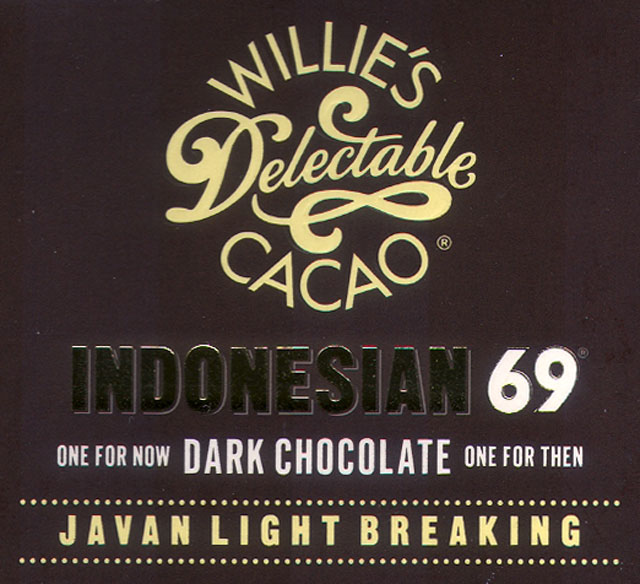 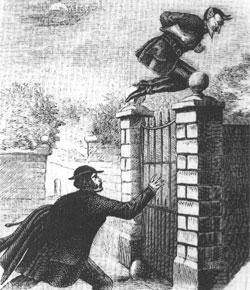 Spring Heeled Jack appears in English folklore as a devilish creature with remarkable leaping ability. After the first alleged sighting in 1837, reports of his supposed exploits persisted into the 20th century & he remains an enduring figure of pop culture today.

This bar sweetly leapfrogs over the rather bruising affair named Indonesian Black -- the unsweetened base from which it springs.

Aroma   8.9 / 10
quasi-Venzy: soft-buttered nuts (macadamia), hay, & tonka conspire for Snickering caramel -> peppery betel leaf on the rubdown -> aerates some smoke entrails over bosky cocoa
Mouthfeel   11.7 / 15
Flavor   46.8 / 50
stunning nuts-fruit-cocoa confluence (a sheer vertical stacking copra-almond / strawberry / chocolate) -> sours some, in a good way, on pink grapefruit, then bilimbi (think acidic starfruit) -> bounces off some gum rubber for that ethereal lemon-scent of dammar resin -> hits a cubeb tree & lands in a haystack -> those bosky aromatics re-appear on the tongue with a surprising malted edge -> flushes out orange marmalade -> indelible caramel of stringent grip at the rear recesses
Quality   18.1 / 20
At 69%, Willie makes a wheeze decision to peg this in the upper semisweet slot, significantly sugaring the austere compounds found in his unsweetened Indonesian Black. A sound choice indeed as all those violent volatiles in that bar come beautifully to the fore in this one.

Among the most refreshing Javas in a long time.

Willie’s contrapuntal house-style (considerable roast accentuates Java’s mechanically-dried cocoa opposite a lightly brushed conche) that just nurses these beans & really brings up the hues, albeit the underlying cocoa ripples a bit on the murky, even dirty side, rendering a kind of tea-like quality. The upper register however harbors well-defined clarity, so much so that even the exasperating sub-par Texture fails to interfere with the pleasure. In fact, its very liquid pace further enlivens it into a thirst-quencher.