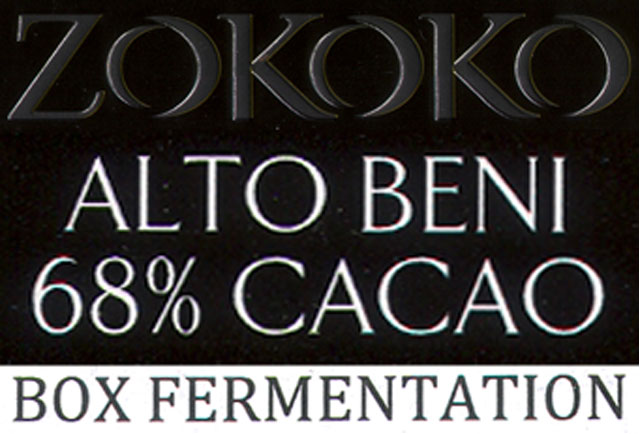 Impact
A bar that bears less the scars than the hopes of the Southern Cross, the plane that flew aviator Kingsford Smith on the first Transpacific flight in 1928 to Australia &, alas, the Coffee Royal Affair the next year during which an emergency landing led to the deaths of 2 rescuers while the crew brewed coffee & drank brandy.

In 1935 aboard the Lady Southern Cross, Smith disappeared in the early morning light over the Andaman Sea... never to be seen again.
Appearance   4.1 / 5

Aroma   8 / 10
mild cocoa & sugar cane dressed-up in roasted pork leather over cinder-block fire-pit -> cashew fumes (both wood & nuts) take over the airways before a fresh-milled wainscotting (from the serebo tree -- Schizolobium parahybum) laminates atop chocolate
Mouthfeel   11.8 / 15
Flavor   42 / 50
ill-defined fruitness... cherimoya wanting to be strawberry that ends up starfruit vanishing in that cocoa of the Aroma -> candied pineapple -> finished for good in a wood pile of some cubic hardness
Quality   13.7 / 20
Juicy starburst fruti & way too sweet at that. As with purer varieties of Beníano cacáo, this hybrid also could handle upper percentages.

The extra attention focused on wooden box fermentation does manage to cut thru, thanks to the serebo, a tree often shunned for timber because of its repulsive stench when fresh. Whether repulsive or attractive, its strength imparts that finishing persistence (albeit layered rather than integrated) while offering tannic resistance against the 32% sugar onslaught that shortens the length considerably (as well as the melt to betray the CBS ratio). It also strips Bolivia’s traditional honey profile. Further adding injury: a low CQ (Chocolate Quotient or baseline cocoa flavor) to leave behind a hollow impression.

Michelle & Dean at Zokoko know & can do much better except the market in Australia demands semi-sweet or sweeter -- the sugar equivalent to Brad Churchill’s Choklat butterballs that suffice & satisfy Canadians.

Just a couple or so percentage points more, even if mostly in favor of additional cocoa butter, would calibrate greater equilibrium to measure up to this bean’s southern cousin -- Zokoko’s Tranquilidad 72% -- & reveal whether the fruit-accents & the wooded treatment collide or combine.

As is, this falls close to the similarly fated & weighted 68% Fortunato No. 4 to the northeast in Peru, that a victim of an admitted mistake by the manufacturer in the formulation.

At least Zokoko executes by design & all to remind of the narrow perils in chocolate.