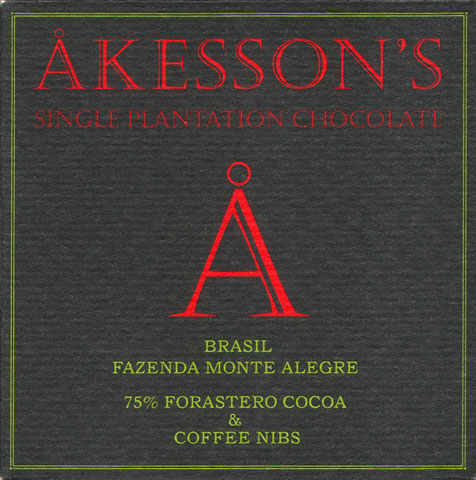 Impact
Research now indicates that receptors for all tastes are found randomly throughout the tongue. So au revoir to the antiquated tongue mapping, the one that cocoa-gurus & alpha tasters spit forth about how the tongue divides into quadrants, each correlating to a specific sensation (sweet / sour / bitter / salt). Once the 5th arrived on the scene some years ago, they scrambled to draw another spot on it in order to accommodate umami (glutamate) & left open some uncharted territory like sublingual areas for future exploration just in case a 6th shows up.

While erroneous when it comes to the mouth, turns out however that the brain exhibits such a taste-topography.

Findings by a team of investigators from the NIH & Columbia University demonstrate that neurons responding to specific tastes are arranged discretely in what they awkwardly call a “gustotopic map” (sounds 'indelicious'', to bastardize a term on the Banned Words List). Every taste, they posit, corresponds to a different hotspot in the brain with unique receptors cells for each of them. And none of the regions overlap which leaves space between them all.

In uncovering this “1 taste / 1 cell" coding system, it will only be a matter of time until flavorists can scientifically choreograph aromas & eating behaviors with gusto, hardwiring humans according to what's deemed a desirable involuntary response just as the IRS tax code controls their money habits.

Given that chocolate & coffee -- the prime components in this bar -- contain the methylxanthine cousins theobromine and caffeine, respectively, which fuel the engines that set the modern daily pace, what will PETA think about technicians deploying them to manipulate people into just another lab mammal?

Since both are perfectly vegan, get ready for a switch in tactics to some Ban the Damn Brain Campaign.
Appearance   3.4 / 5

Early stage labels are rarely gifted with much culinary talent. They wing it thru a lot of trial & error, producing mostly the latter. For every exception to the rule, such as Mast Bros combos, there are bunches of Madres -- indelicately heavy-handed with their inclusions.

Åkesson's brings the exuberance of youth to its startup imprint & the wisdom of experience by hooking up with a veteran French barsmith to deliver the best of both worlds in this all-Brazil fest of cocoa + coffee.

Brazilian Bourbon coffee evidently possesses its own inherent chocolate perfumes. And its subtle piquancy graciously allows for this Parasinho cacáo, endowed with its own coffee tones in returning the compliment, to express those fruits & hardwoods found amidst the straight Dark 75% version when most other coffee varietals would've clashed if not overpowered it.

Together they blend seamlessly into an unreal integration highlighted by that fortified port at the back. And the makers know it as well: their liner notes on the package are instructive & even sure.

In a country that excels with the chocolate-coffee category (Bernachon, Valrhona, Cluizel), this stands out. As unique in its own way as Coppeneur's Blue Mountain, the German-Jamaican combine utilizing the same components.