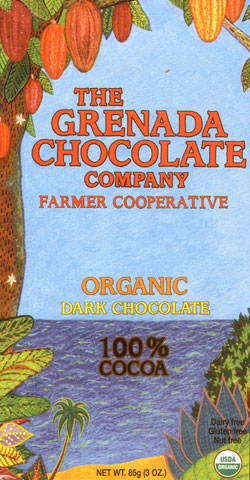 Impact
REDUX REVIEW: To Mott Green... supporter of this site &, far more importantly, friend of the Earth... who died suddenly & accidentally over the weekend.

But not before committing yet one more chocolate act.

True to his word, on the morning of his death, Mott carried thru on a pledge for a collaborative project & sent this email: "They're in the sky right now. Enjoy analyzing the best chocolate in the world, perhaps."

Please check back in the coming months for developments.

Below is a review as it originally appeared a year & half ago.

After every contender has tried unsuccessfully to take down Mott Green & his band of guerilla chocolateers (equal parts mutineers / pioneers / imagineers) when it comes to Grenada-sourced bars, he has had no choice but to switch to his fierce side in besting himself by releasing this... an unsweetened 100%.

In other words, Grenada Chocolate Company is now officially "free-bar'ing" it... without any sugar cover whatsoever.

Add in a possible uneven ferment cycle (judging by that metallic mid-palate; as though the seeds should've been further turned / mixed) & this becomes a mission for the brave-hearted only. Somewhat expected for the percentage & by no means a deal breaker.

Left out in most Climate Change discussions is that neither industrial smokestacks nor automobile exhausts are the primary culprits in GHG (Green House Gas) emissions. That distinction belongs to the largest single-source: modern agriculture. It collectively accounts for about 35% of carbon dioxide (due mostly to tropical deforestation), methane (from vegetative as well as animal flatulence) & nitrous oxide (over-fertilized soils) which humans are responsible for releasing. The problem compounds itself with additional inputs used to grow, process & transport food.

Grenada Chocolate Company's organic harvesting methods help to alleviate this. Furthermore, its next payload of bars will be shipped from the Caribbean to the northern latitudes via the ancient mariner route: by harnessing the power of the wind in a sailboat. 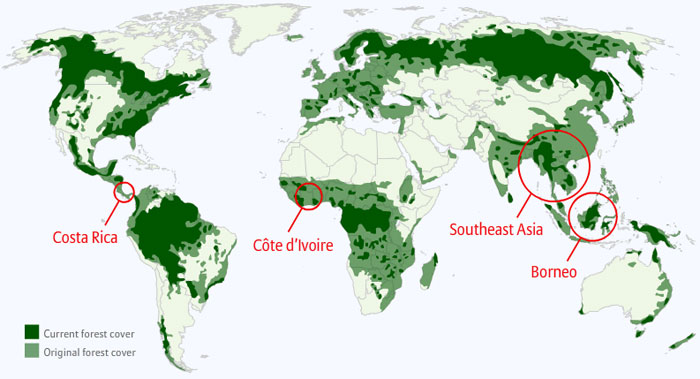