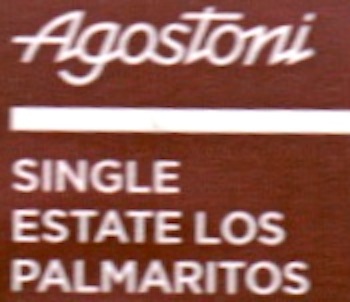 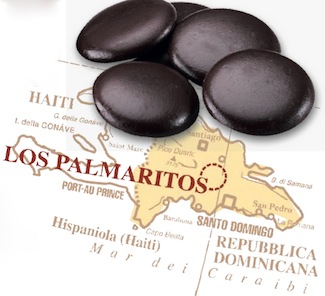 Aroma   8.7 / 10
semi-wild signature: so very herbal / vegetative / grassy it can be mowed / trimmed / picked into a topiary garden -> irrigated by sorghum tapioca
Mouthfeel   13.5 / 15
Flavor   43.9 / 50
cocoa rounded in a pea pod by vanilla + butter (cocoa butter + avocado butter) -> next comes the landscapers / lawn care unit... grass, shrubs (twigs included), hay -> figs flit with mamon (sweet white pulp) -> sets on a soft red (sapote) -> chocolate tapioca & taro the after-sensation
Quality   16.7 / 20
Los Palmaritos Estate in the D.R. belongs to the Rizek group, best known to premium chocolate enthusiasts for its sister properties Los Ancones, Buena Vista & others, including the source for the controversial Dos Rios. It tends to a school of clones (ICS, CC, ML + what it lists as 'Nativo' -- strange given that no cacáo is indigenous to Hispaniola having been ferried in centuries ago from other islands in the Caribbean & the mainland of South America.

Largely harvested on unforgiving terrain -- mountain-grown cacáo -- once considered a rarity. Anyone who subscribes to this site knows plenty of it grows all around... from Marañón Canyon's white-seeded Nacional to Clement Fehr's Congo-harvested cocoa. And with global warming heating up the planet & threatening cultivation in current areas that would breed greater pests & disease, thus making the cacáo tree less productive, expect cacáoteros / Bromans / growers to 'run for the hills' seeking cooler temperatures & more acclimated conditions at higher elevations.

From it the Agostoni family produces a chocolate of very clean processing, if a little obscured or even suppressed by vanilla which, in its favor, lends consistency to the overall flavor curve.

This the second in Agostoni's Dominican Triangle. Along with the Duarte, together they form a baseline of solid cocoa, with a little extra added depth & dimension here in this bar.