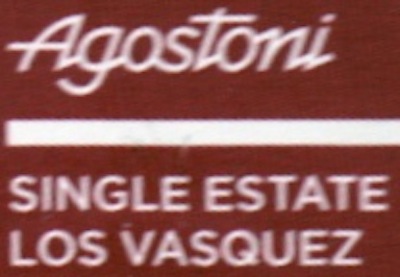 Impact
Some people think the Big-Bang Theory refers only to a cosmological event in physics that led to the formation of the universe.

For them, the Big-Bang also encompasses orgasmic intercourse. But not to be ignored in the whole constellation of pleasuring-seeking are the 3-Fs: fantasy, flirting & foreplay. Which begs which comes first the chicken or... oh, forget it, because the brain is the biggest sex organ. Turns out that it’s HUGE.

Consider: negative thoughts about sexual (in)abilities attend feelings of, & subsequent problems with, performance anxiety. Therapists counsel in this regard to be very firm with the inner critic (that 'undervoice' to use Adrienne Rich's term [R.I.P.] trying to convince ‘you’re no good'). The internal critic undermines self-esteem by putting up unrealistic expectations.

Tell it to shut up, even when in actuality the experience is no better than this dime-store bagged-product from Los Vásquez, D.R. by Agostoni.

Hey, like chocolate, one way or another, whether it's good or bad, you can still brag afterwards about having had some sex.
Appearance   3 / 5 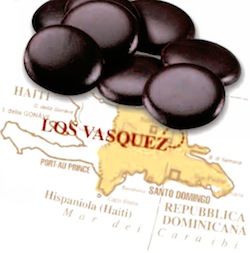 Where Duarte and Los Palmaritos are baseline markers in the Agostoni family's Dominican Triangle, the Aroma in this holds the promise of sitting at the top vertex of flavor (outlining the full spectrum from low notes to high fruits).

Instead, those Aromatics fail to materialize; just steadfast cocoa for the most part. Competent, serviceable, professional, & unexciting.

Taken as a whole, Agostoni offers little distinction between these 3 "different" chocolates which the company sources from separate properties in the Dominican Republic. Part of that centers around these being couvertures addled with excess cocoa butter. Another part involves the generous use of vanilla.

So what's the point of their rather fruitless exposition? Perhaps just marketing... hopping on the single-origin / single-estate bandwagon.

In any case, good as they are, none display the bounty of the island. Just the opposite, they collectively narrow it in a strange scenario where D.R. = L.C.D.