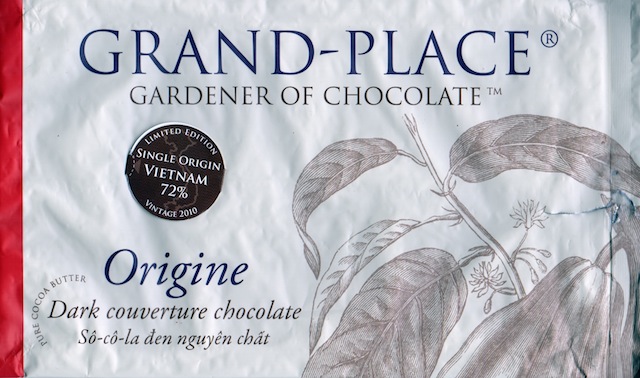 Grand-Place works with cocoa producers in Vietnam's Dông Nai & Ben Tre provinces. Similar to Marañón Canyon Chocolate in Peru & other labels, it contracts with Bromans / growers in the field to collect their cacáo pods at a central fermentary for post-harvesting. From there Grand-Place processes the seeds into finished chocolate at a manufactory it built in Thuan An, Binh Duong.

As such, a chocolate that looks & smells very provincial while tasting pretty universal.
Appearance   3.3 / 5 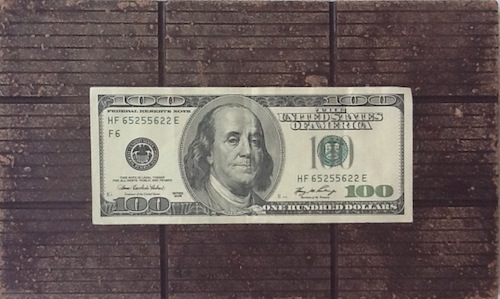 Now that's a real bar... Bens of the past & future? The dollar may be shrinking but chocolate continues to grow (above image true-to-scale). Just as it once served as a currency in pre-Contact Mesoamerica, perhaps too once again now that exchange-traded funds look to diversify their portfolios beyond gold & silver & into diamonds. Maybe cacáo can join the mix.

A couverture heavily-weighted on the pal (for palate) with added cocoa butter seemingly in excess of the stated CBS (Cocoa mass / Butter / Sugar ratio) of ~8:10:7. Hence, underpowered; quite sweet for 72% due in large measure to that butter as much as sugar.

Could benefit from re-apportioning the ratios to bring up the highlights which for the most part hide beneath the butter & vanilla -- beautiful though they may be. To be expected of couverture, which calls into question the use of origin cacáo in it since any special characteristics will be diluted further because couverture typically ends up in cookies, cupcakes & other pastries.

Still, Grand-Place's Vietnam 72 assumes an in-depth character by the end with a haunting presence for the aftermath.