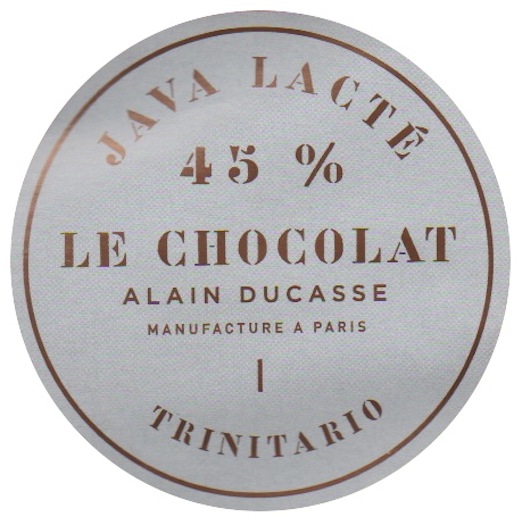 Impact
That boob job found in Ducasse's Dark Java 75% flashes in public here & performs some French lacté, way out in the open, with udder disregard... causing cocoa nuts to molt their jeans... errrr, rather malt their genes.
Appearance   4.1 / 5

45% deceives of heft but in reality all the oomph derives from the rich full-creamery milk powder.

In addition to covering up these bad beans, the formulation also mollifies the ruinous effect of sunflower lecithin. In fact, it practically transmutes it into a savor point.

Still, the propane-dried Java cacáo remains if nothing else undeniable in its ability to cut thru even a fire-wall. The kind of haz-mat that certain cocoanauts would deem a 'wonderful balance between milk & bean'.