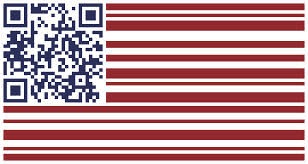 They’re still talking about you, John. Ha, what every politician campaigns for: attention. And you got it in spades of fame from the grave. Conspiracy theorists babble on as if that can somehow solve the irretrievable mystery of it all. As if it was just Yesterday… right before that quartet filled the vacuum you left & sang a wistful ballad.

Unlike other great tragedies in the USA that possess some redeeming value – from Abraham Lincoln, aka 'American Jesus', in the wake of a Civil War that prefigured his own sacrifice (a post-script casualty of the conflict) for the good of this nation so that it could live up to the creed, however ideally naive, that all people are created equal… thru WWII & the tons of damage & tens of millions dead supposedly for the good of all nations – this one sowed no such seeds & brought forth upon this continent no good whatsoever.

Fitting how that Lincoln Continental you were riding in with the opposing doors & the top down started up the whole hyper security state. Thanks to you &/or the shooter, everything’s safer now. Just as pollution made the country’s waterways un-swimmable so no one drowns, we wear helmets on tricycles as well as motorcycles. Convertibles are almost a thing of the past; gone with the wind that summer breeze thru our hair. No prez has driven south like that since your Dallas drive-by. Football, FYI, is now the king of sports, played in a kind of spacesuit, & subjected to heated debates on whether it should be outlawed after Malcolm Gladwell pronounced it ghettoized. Once more the white man keeping blacks down?

(Oh, btw, negro, afro, African-American, black, colored, et.al. – all variously pejorative depending on context, as discourse continues to swerve about shifting identity politics, so much so it even confuses brothers who, like James Baldwin, leave the country or, worse, kill themselves over it. Your acquaintance Martin said we didn’t march to put a bullet thru each other’s head. But, aadly, he too got his. Oops, forgot about what Jason Whitlock terms the community’s latest "most cherished possession”. A variant of the French nègre. Then rolled into an epithet by mountain men in the West to describe any slave, freak, outsider or anyone OTHER than themselves. Formerly & exclusively downright derogatory, & now a term of endearment amongst certain groups: nigga (check the spelling). Again, decontextualization can be hazardous, inflammatory in fact, hence the “N word”, so apply with judicious caution.)

Yeah, the home of the brave & land of the risk-free means the cocoon is cozy & comfortable. You sent us packing to the moon but we don’t go back there anymore. Come to think of it, we hardly go out. The Great Recession cured so many outdoor hazards. Your compatriots now stay home more, gather round the new hearth – desktops, laptops & palm devices -- & stare at monitors which stare back monitoring them (more on that later). S’pose we never really communicated face-to-face in front of the fireplace anyways.

Add the immigration stew which further discourages some from leaving home. The Grand Canyon for instance sits pretty empty, few hikers on its trails. Most pull up in SUVs like Ford "Explorers" or airport/hotel shuttles from Vegas, look over the lip of the rim & get back in their vehicles. Such excursions can include skirmishes that turn it into fist-city. Caucasians complaining of too many Hispanics. The more native inhabitants naturally think the place feels overrun by Europeans. Meanwhile Asians shrug & wonder what’s all the fuss about... 'crowded? You want crowds? Go to China, Singapore, Thailand.’

The War on Cancer that your erstwhile foe Tricky Dick declared still rages on. Cancer is winning but new bio-weapons are being deployed so let’s wait & see before waving the white flag of surrender.

Man, you missed the Digital Revolution, dewd. The Soviets (R.I.P.) would be envious. They built gulags when all that was needed is to chain folks to mobile phones which substitute for the flying cars you saw on The Jetsons. Stuff works great in the Unitary Surveillance & Securities Alliance (USSA) owing to some guy named Laden. On 9-11 he drove us into a looney bin following a Bushman. (Yeah, remember Prescott? He spawned a family dynasty.) Count an assist years later from a debonair pol almost as young as you were in the Oval Office. Republicans insist he's Muslim (though he professes to be Christian), a tribal Kenyan (except he’s biracial) &, McCarthy-style, socialist (even as his economic philosophy might best be described as “confused”.) A high school B-baller, he's nowhere as quick on his feet as your wit. He teleprompts & drones on while giving bail-outs to bankers & provides the poor with healthcare via a quasi-nationalized program that reaps a windfall for insurance companies. So far it’s going about as well as the War on Cancer.

9-11? Forget the Encyclodpedia Britannica. Look it up on Wiki, which is about as accurate.

The Grand Old Party in fact seems so besides itself & has moved so far to the right that pundits claim Bonzo’s buddy (correct, Ron Reagan who wupped your little brother Bobby in a televised debate) couldn’t win his party’s nomination today. Then, again, you probably couldn’t win yours either. Both of you victims of 'polarization'.

-- Those tax cuts you enacted? No way, you greedy 1% S.O.B.;
-- A firm foreign policy encapsulated in Ich bin ein Berliner? Get outta here, you hegemonic imperialist of Yankee exceptionalism;
-- Any nascent ideas on welfare-to-workfare? Showin’ your true colors, Johnny, you bigot.

All of this helps fuel the greatest entertainment complex in the history of humankind. It makes existence tolerable because, though politics makes art possible, art, as pointed out in the Divine Comedy & which your policies supported, is the path to salvation.

So, John, yeah, your philandering is all public record now, whether in books, films, or late-night talk shows. Marilyn was white-hot: presidential power meets superstardom. Your tastes in playmates shames all your successors combined, elevating you to the true leader of free men everywhere. Ditto your ambassador daddy, a bootlegger with mafia ties who gives hope to modern day cannabis growers that their kid will grow up to be POTUS. Sure you might’ve botched Vietnam worse than LBJ as "alternative histories" project. And the bull market of the go-go 60s could’ve still tanked as it eventually did in ’73. Ergo, they say you weren't a great president but you are a great figure. You've ascended above your presidency.

Largely in the haze of that gun 50 years ago.

Shot thru the scrim that for one brief shining moment, of false innocence & eternal youth, that maybe -- just maybe -- this peaking Empire approaching apex, astride itself & the world, feeling its inner moxie, would get it right. By righting human affairs under a Pax Americana. Living up to Jefferson’s Declaration of Independence, the framer’s U.S. Constitution, the bill of rights & various amendments which sought to trump corporate privileges (funny, how so few fellow citizens realize their country was founded by a U.K. INC.). And the Gettysburg Address. All told still the greatest body of political science & morality since scripture & the Magna Carta.

Instead the “magic bullet” turned Dealy Plaza into a historical watershed of tears, into some gallows Disney set where tour buses now frequent & 6th Floor Museum goers at the Texas School Book Depository can peek thru the window like some arcade video game & gawk “OMG, wow, we got ourselves a turkey shoot”.

So here’s a bar from your wife’s ancestral homeland (sorry, cancer claimed her too, & she succumbed to it). Dark Barre Infernale Noir by a barsmith in the south of France. Chocolate, one of those rare consolations in an oft-brutal world.

Aroma   8.6 / 10
pain au filbert
buttered hazelnut croissant underscored in vinyl & clay
Mouthfeel   12.8 / 15
Flavor   39.3 / 50
punked… no need to brandish any machete
a ganache in disguise of a bar
light Milky Chocolate center (sans dairy) studded with nutmeats enrobed in a Dark Chocolate cover, twee sweet, actually very sweet (almost glucose sweet), tempered in rich oils from almonds, hazelnuts & cocoa butter, as well as cocoa tannins
Quality   15 / 20
Years ago the C-spot® posted the first review of Pralus’ Infernale Lait (the Milk Choc version)… Confected XTC so ecstatic that few dare ever try it again for fear of a letdown. How can that be topped after all?

But just as one first kiss – no matter how bliss -- leads to another & another & then to ‘this ‘n that’… well, here’s a bar far sweeter than its namesake. So sweet the sugar overrides Pralus' hallmark bold roast.

A chocolate to melt the harder bitter edge of reality. Nothing more; nothing less.