Impact
A while back a reader wrote: "hey, I don't know what a tonka bean is let alone what it tastes like. Please speak English."

This was in reference to a prior review in which a chocolate bore a tonka note (though none was actually in, or added to, it). Apparently he wanted the C-spot® to be more in line with cocoa gurus / alpha-tasters / chocolate critics who use the same half dozen staples to describe just about every bar on Earth. Ya know, 'cherry', 'bananas', 'nuts', 'spicy' & the ongoing classic 'chocolatety'. Those pass for biting into the tissue of the matter. Wouldn't chocolate, comprised of some 800+ bio-chemicals found in a cacáo seed, convey more? Those poor impoverished souls living in the "First World" can hardly be faulted. Of the 3000+ different fruits growing in the rain forests from whence chocolate originated, maybe 50 appear on their urban tables during their lifetime. When those forests are all cleared, someone can author Everything We Need... Was Once Here.

Another reader warned that "I've read some reviews of yours which mention tonka beans. So I researched them and found that the FDA banned them since 1954 due to suspected carcinogenic and liver damaging properties. I do hope you don't regularly partake of them."

Additionally it causes an outbreak of fièvre tonka ("tonka fever") -- a raging pun on fève, the French word for "bean".

Yes, in large elephantine quantities, the coumarin component of tonka seeds (Dipteryx odorata) may be toxic but chemo is OK, right, especially to medical personnel who wear hazmat suits while administering it? That cinnamon & licorice & a bevy of other everyday spices contain coumarin means they should be banned too, because it helps ease depression & disorientation. Feeling good is fast becoming illegal. Just another example of the snaking thin line that divides medicine from poison.

And just as with vanilla & fig tones, tonka analogues also inhere in lots of chocolates. So naturally it'd make a good companion in a bar. 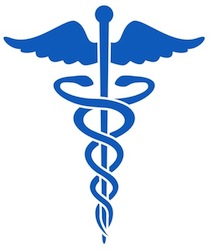 Tonka, very much a close (& then some) substitute for vanilla, seeing how both entrain chocolate's compounds, bridging gaps, & forming alignments. Being of more outsized flavor than vanilla, however, it can leave its own imprint for tonka concentrates a staggering complexity for a seed. Quite exponential at that, when set within the matrix of this already manifold chocolate base.

Nihant assiduously measures. He places enough tonka in the mix to be evident without overpowering a rather prone couverture. In the process, tonka deepens it… considerably.

A tricky proposition given how fragile all chocolate really is. Hence, in conventional formulations, vanilla rarely weighs in at more than a half a percentage point of a bar's total weight (or 0.5%). For that same reason coffee-chocolate combos often fail because coffee easily overwhelms chocolate.