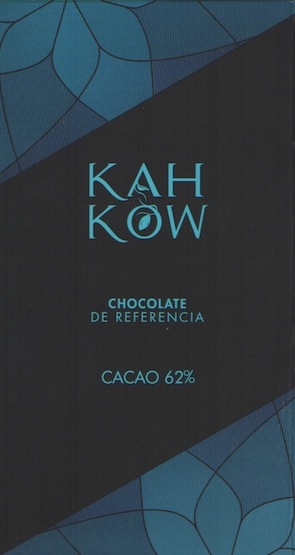 Impact
For egotistical barsmiths, so invested in their works, chocolate is the certainty of being right.

Over the years the C-spot® has learned the long hard way that chocolate is the art of uncertainty.

The semi-raw cane sugar (well over a third of the bar) really shapes & directs much of the action -- both in sweetness (that cloying glucose) & flavor (licorice verging on molasses).

More dynamic, strangely, than its less sweet 70% sib. More on-point for the origin too. This only resembles that after it gets done clearing away the fruit frames at the beginning & middle stages to reveal the common caramel. The net result attributable in part to vanilla restraint here, as well as possible seasonality &/or seed selection.

The formulation leaves the profile a little obscure but, again, a good enough outline for the percentage. A little more weight in favor of cocoa mass would create higher def without straying from its Semi-Dark range.

Or so the conjecture for maybe nobody will ever really have all the answers to this science of chocolate alchemy & that's alright as long as it still sends shivers & causes wonder.