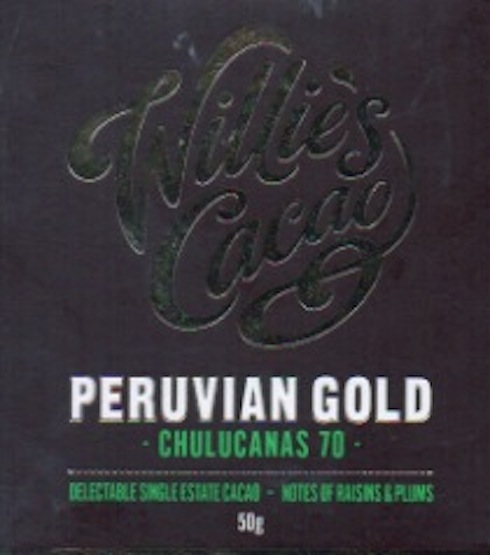 Impact
From the man of Peruvian Black -- Willie... who learned his lesson to leave San Martin overrun with malingering CCN-51 & head north cuz there riches in them hills -- comes this Peruvian Gold.

Naming it such deceives metaleros (heavy metal fans in Peru) with all the humor of Mary Toft, an English servant who, in 1726 convinced doctors that she gave birth to a litter of rabbits. About a month after suffering a miscarriage, Toft appeared to go into labor & proceeded over the next few weeks to "birth" several animal parts along with nine baby bunnies.

Aroma   7.4 / 10
raisin bread with tannic-cocoa spread
beneath swaying palms
Mouthfeel   13.5 / 15
Flavor   42.7 / 50
Sun Maid® Raisin Girl splits over a bed of cocoa & cotton batting -> fleshy caramel -> grape turns to treacle (a Northern Peru hallmark of recent vintages) turns to sap -> mainlines like that 'til a thin stringent plum skin lowers the curtain
Quality   15.4 / 20
Supplied by the Asociación de Pequeños Productores de Platanall Bajo. Brokers rate it at a minimum of 75% fully-fermented. The astringency level in the Flavor more or less bears that out. In other words, 75% might be closer to the maximum.

One of those cacáos too ordinary to spotlight on its own; yet too good to ignore all together. Nothing golden, just base material.

Proficient as a median benchmark.