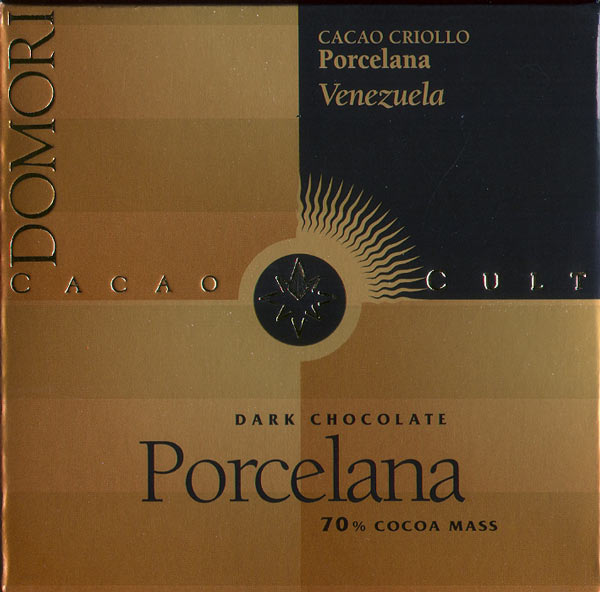 Impact
Utter simplicty (made as simple as possible, but not simpler... to quote Einstein) but bottomless depths of sheer grace. Close the eyes, open mouths wide, & conceive (like Anselm’s Ontology) of the greatest good. This may be it – the Godhead of Chocolate. And He is a She afterall, simultaneously avatar & atman, if that’s possible. ‘Lana’s her name, enthroned high in the firmament, attired in flowing white robes made from lillies, gilded in lambent honey, around which heavenly souls lick this - her taste, the nectar from her inner folds - eternally...
Appearance   4.7 / 5

Aroma   9.5 / 10
halos of milk chocolate caramel & cream supreme supported by beams of sunflower & wheat, cut by red-flecked fruits & flowers
Mouthfeel   14.4 / 15
Flavor   47.2 / 50
quiet chocolate bang -> amber honey -> strawberries ‘n cream yield to bread & faint roses -> deeper Zambezi-forest honey colors more light chocolate before white-chocolate analogues appear -> backtracks creams/cashew + a drop of strawberry jam & white flower -> excalibur of stronger gloried chocolate throws off sparks of acidity (cocoa lemon-lime) like stardust to the vanishing point
Quality   19.6 / 20
Inherently high butter content a real force in the outcome of taste & texture. It further softens an already soft profile, & delimits the range though luckily not the depth, producing fleeting fragments the tongue catches as the mind fills-in the rest for an unescorted, unadorned, & more naked Porcelana than Amedei or Valrhona. But is it as true? Domori’s much publicized ‘low-impact’ processing usually overlooks the degree to which he engineers plant material at Hacienda San José in Venzuela – a baleful blessing – this advertised as a “recovered” varietal. Manipulation of DNA transfers to flavor, of course, sometimes to the point where the gene splice can virtually be tasted. To what lengths will the science go before irretrievably altering the species, setting off the age-old ‘nature vs. nurture’ question anew, or are we already whistling beyond the graveyard, & chocolate as we know it will simply become a cult item once future copies are cloned in the lab?