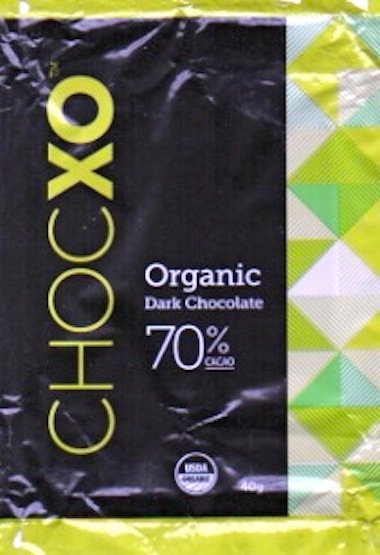 Impact
Because…
… the wrapper attracts;
… the cute name;
… everybody needs a pacifier now & then & this fills the gap… nuk-nuk.

That cream puff opening suggests Venezuela; the marshmallow Colombia yet neither constitute any of this narrow blend.

Vanilla a key element (vanilla accented rather than vanilla driven; seems the Tahitian variety) & the complex a bit simple (core cocoa with very proximate complements). But what hedonics from the first beat all the way thru to the throat-clearing finish. And hyper-clean too throughout. The roast unbelievably even / consistent. The refinement perhaps a bit overweening to yield a mainstream / streamline profile that nonetheless should garner a standing O from tastebuds (most) everywhere (except for jaded purists looking to get their tongues twerked by volatile acids). That it operates in an enviable position with equipment that other barsmiths drool over means that Chocxo can crush the cacáo in a handful of hours compared to the usual days it takes in melangeur-years.

Yep, this Chocxo's some serious stuff. For the grownup kid in everyone.

A 'go-to' bar for fulfilling that daily chocolate habit. And they're just getting started; wait til they really get a bead on their beans. Put 'em on the 'must-watch' list.