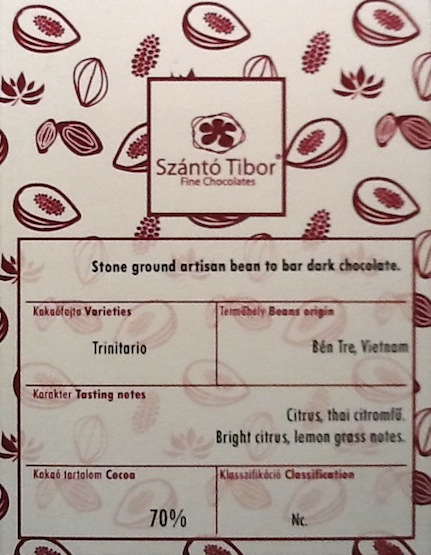 Impact
The most widely-known — and often ridiculed — practice in Biodynamic Farming involves the planting of cow horns, known as Field Preparation 500 in Steiner’s treatise. At one such wine estate, 30 horns are filled with fresh organic manure & planted in the vineyards every winter, where a slow composting occurs underground. Come Spring, before the vines blossom, the horns are dug up, & the manure extracted. Now transformed into “beautiful, silky earth,” the proprietor says, the manure is made into a “tea” & spread in small homeopathic quantities over the entire vineyard.

Here’s another: while sitting on a panel of cocoa gurus, a well-known pod-head asked what accounts for a certain origin's outstanding harvests:

A: Well, it’s a special fertilizer that farmers down there spray on their trees.
Q: What’s so special about it?
A: It’s high in uric acid.
Q: Who makes it & does it cost a lot?
A: No, it’s really cheap, organic too, & farmers can produce it themselves!
Q: Does it require any technical equipment?
A: Hardly; they use their very own tools; whatever they got in the shed.

Seriously now, these bars taste both dynamic & biological without having to piss on them.
Appearance   3.4 / 5

Szántó Tibor no stranger to Madagascar which its vintage Spring & Fall harvests of 2014 attest. This one follows suit on the latter to explore the more spirited cocktail side of the island cacáo in keeping with the label's low-to-no-impact processing. A really particular, almost unique, & even inventive interpretation of this origin.

Aroma tips it off… add guava, & pineapple + coconut for a li'l pina colada -> bamboo shoots
Quality   16.3 / 20
Szántó Tibor doesn't make chocolate as much as releases it rather than putting any leash. These bars bear the imprint (or lack thereof) of his house-style (leave well enough alone... on the verge of doing nothing to the seed). They never develop the broad shoulders of big, round chocolate; instead they keep the piercing sharpness of youth without being abrasive. Remarkable really.

This wraps an extensive series of reviews on Szántó Tibor's recent catalog which includes numerous single-origins to compete with anyone in terms of sheer range. An emerging barsmith &, to this forum at least, an important one.