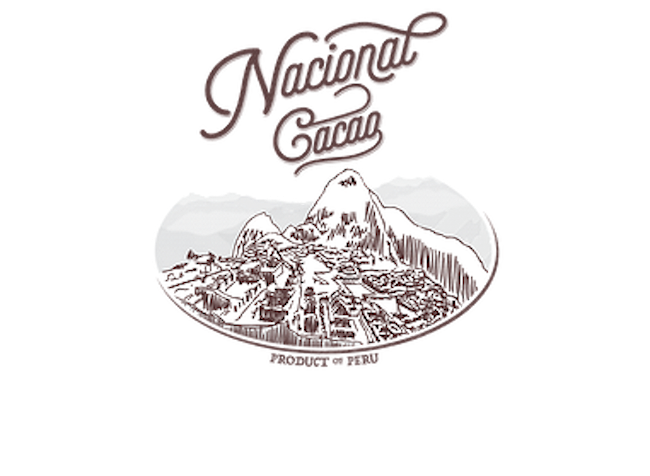 Impact
When it comes to chocolate bars, this might rate as the Lawrence of Labia.
Appearance   3.2 / 5

Aroma   7.8 / 10
good cocoa hit (surprising for this varietal) before turning into a dog 'n pony show (well, more like soggy dogs & sticky drupes) -> humus
Mouthfeel   14 / 15
Flavor   44.7 / 50
classic envelope:
chocolate lip on some nuts -> chanterelle mushroom -> unfertilized mild potted soil -> good bitter Earth (lightly-bittered black olive) -> Marañón's notable esters / acids (that create drupe fruits in most of its sweetened bars; unfiltered here) -> smoked flint column -> coffees out
Quality   17.9 / 20
The Marañón crew going healthy on consumers, suggesting by the graphics on the wrapper (click image upper right) that a couple of these mini 6-gram ingots & anyone, including grandmas, can make like an Inca in climbing to the top of Machu Picchu.

Barsmiths dare at their own risk to work this without sugar due to this particular cacao's asymmetrical profile & bio-compounds. For another, these precious seeds cost an arm, a leg & pocketful. So chocolate makers stretch their supply by adding less expensive cane sugar filler, as any drug dealer would cut its product for greater street value. Undaunted, the very people who garner the inside track & know Marañón best -- The Pearson Project -- wrest control of these bio-chems to deliver among the better 100s released -- albeit a still small but burgeoning category.

Why expect any less considering this rises to, arguably, the most feminine cacáo on the planet (sorry for the unapologetic sexism), hardly a macho shred in her makeup (save for the bitter wit at the midpoint).

So light breaking & staying (excluding, again, that bitter middle) to qualify as a Semi-Dark rather than Dark or, most often the case with unsweeteneds, Brut. Either the pulp which went into fermenting these seeds is intrinsically & inordinately sweet or the chocolate gods know the tricks the mind plays with all this.

Don't be fooled though; this stands up tall & proud with some considerable force.

Given the current trans-fluid times, a packed bar that pairs lean muscle on well-defined curves.